YKI tests are not fatal nor use any shibboleths

State borders are controlled by passports, fingerprints and iris scanning or by virus tests. Longer-term stays call for closer examination with related permits. When people aim to stay in the country, gatekeeping calls for stricter measures: tests.

Eligibility for citizenship can be tested in terms of knowledge of the country’s history and society. An advantage of this kind of testing is that when preparing for the examination, the applicants learn about their rights and obligations. Another common gatekeeper is a language proficiency test, like the one used in Finland. While training for it, people have to learn a national language of the country, in Finland either Finnish or Swedish, which helps participating in society.

A challenge in language proficiency tests pertains to ensuring that they assess specifically the level of language skills, nothing else. There is an imminent risk that instead of assessing what is supposed to be assessed, a test serves some other purposes. A striking example of this comes from a study by Akhlaq Ahmad (2020), which showed that in Finland the same job application either led or did not lead to a job interview, depending on whether the applicant’s name was traditionally Finnish or referring to a foreign origin.

People cannot hide their name, and speaking inevitably involves pronunciation. From it, we can usually hear traces of the person’s first language and related background in one way or another. Deviation from standard pronunciation is also called an accent. Research has shown that while people do understand, they do not always want to understand what a speaker with an accent is saying.

Listening is not neutral, either. For example, if we know or assume that a person speaking Finnish is Russian by origin, we hear in the person’s pronunciation some features we associate with Russian. Along with language, we may attribute the speaker with other, often stereotypic conceptions. There is a risk that instead of language skills, we assess the person, and even then a stereotype.

The tests for national certificates of language proficiency (YKI), which are used in assessing eligibility for citizenship, are organised by the Centre for Applied Language Studies, University of Jyväskylä. Our project, ”Broken Finnish: Accent Assessment as a Societal Gatekeeper”, funded by the Academy of Finland investigates the test and assessment of spoken Finnish. We analyse the use and usability of different criteria, but also possible hidden attitudes and biases according to the speakers’ backgrounds.

Pronunciation is an ancient way to distinguish between Us and Others and to control the borders. In the Bible, the Book of Judges (12: 5-6) describes how in a war, where it was difficult to distinguish between own troops and others, people resorted to a pronunciation test. The enemy was recognised and caught because they pronounced differently one word, shibboleth, which led then to a real mass slaughter. Various shibboleths have been used for identification in later wars as well, and also the identification methods of some information security systems have been named after this incident.

In YKI tests, nobody gets beheaded. The raters are well-trained professionals, and they have no antagonist relationship to the test-takers. The line of judgements is also controlled all the time. There is no need to build any undue drama around the tests. Yet, in this kind of high-risk test, there is no room for any kind of unconscious attitudes external to language skills. Denial of citizenship because of a failed test may lead even to a biblical fate. 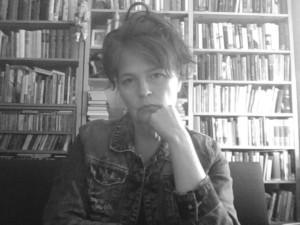 The third turn of creativity

If logistics fails, the column stops

The COVID-19 pandemic and minorities: the pandemic has complicated identity building