Learning and development through challenges at work

For a young student of folk poetry and ethnology, a career in top managerial positions in commercial and industrial life may seem quite unlikely. Nevertheless, this was the career path of Juhani Pekkala. A student of cultural anthropology at the University of Jyväskylä, he was a financial editor in a number of media outlets and ended up as an influential figure in trade associations. He will soon retire from his duties as managing director of the Finnish Commerce Federation.

Like many other students, as a young man Juhani Pekkala was anxious about how he would make his living. As he did not have any dream job in mind, a degree in humanities seemed a good option because it offered opportunities in many directions. Pekkala moved from the small village of Kaleton, Keuruu, to University of Jyväskylä to study for his studies, which proved to be an excellent choice.

”Lectures by Matti Juntunen in philosophy and Olli Alho in religious studies! They were truly inspiring and I still remember them. Teachers have such a great impact.”

Juhani Pekkala emphasises the importance of studying philosophy because it taught critical thinking and helped to recognise mental structures. It proved to be helpful in his editorial work as well as in his current position. Active participation in the Student Union and its board gave him skills for working life and a crash course in politics. “They were useful lessons,” Pekkala says.

At the end of his studies, a journalist’s job felt most suitable because of its variety. During a practical training period at newspaper Keskisuomalainen, he had a chance to report on the reorganisation of Valmet as a financial journalist. The topic was sensitive in the region and, for a young journalist, proved to be an advanced education in journalism. Pekkala was soon offered a position at the financial magazine Talouselämä. It was a big step to move to Helsinki, where the culture of journalism was completely different from Jyväskylä. Yet his goal was to learn something new.

Pekkala’s career progressed from there, to the newspaper Helsingin Sanomat and then from newspaper work to top positions in electronic media, namely MTV3 and Nelonen news. The leap to electronic media was difficult because he had no previous experience in the field. Stories had to be compact, shot and illustrated and they needed a script. Again, there were plenty of new things to grasp. Even ethnographic observations came his way again in the world of business and marketing. In economics, people’s everyday actions are relevant. At the time of his studies nobody was really interested in that perspective, but now it is highly valuable information.

Pekkala sees lifelong learning as a three-level process: It can be studying for a degree or updating it, a new job may require new learning, or you may need to enhance your current work as the workplace challenges you to learn and develop. In the course of a long career, you need to update your knowledge, views and attitudes many times.

”Lifelong learning also teaches you to see what is lasting and what does not change,” Pekkala concludes. 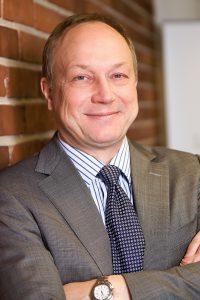 “Instagram, my dear friend” – Brand relationships in the digital age are formed with brands from ketchup to streaming services