Is discussion about the meaningfulness of work really just talk about what we are missing? 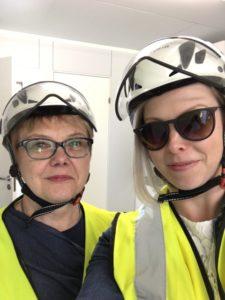 The meaningfulness of work has recently been discussed in many different forums. Researchers have also become interested in those factors that can increase the meaningfulness of work in terms of, for example, work planning, social relationships, and organisation culture. Researchers are quite unanimous about the view that the meaningfulness of work is not only about personal wellbeing at work but also more broadly about the organisation’s efficient and effective operation. While people largely agree on the positive effects of meaningful work, some criticism has also been presented. Based on this criticism, we can ask if people tend to talk more about what they are missing.

It has been argued that for young employees, in particular, lacking meaningfulness of work is the most important reason for changing jobs. Contrary to what one might expect, the lack of meaningfulness is not felt solely by lower-level employees but also by highly educated experts, among whom even highly demanding work is not always considered meaningful. It has been suggested that the main reason for the lack of meaningfulness and significance is the striving for efficiency and effectiveness, which in the current hectic and complex work environment can lead, at worst, to increased workloads and burn-out.

It has been argued that work is meaningful when it is significant, important and satisfying. Meaningful work promotes personal growth and strengthens self-efficacy. From the personal point of view, such aspects as freedom, appreciation and autonomy have been associated with the perceived meaningfulness of work. Based on our own experiences and research, the positive aspects of meaningful work can be highlighted in the university community by means of diverse and multidisciplinary collaboration and by sharing expertise. Shared and multidisciplinary learning is, for teachers and students alike, a remarkable resource to increase meaningfulness. For this reason, it is important that also administrative and organisational factors support work that people find meaningful.

Demands for the relevance of working life and effectiveness of university studies have been increasing all the time, which only accentuates the importance of investing in teaching. At the same time, studies on the work of university teachers say that investment in pedagogical work is a waste of time, even outright “academic suicide”: Such investments hold no significance in filling posts and/or for career development in general. Teachers have also reported being criticized for their investment in the development of teaching. Discussion about the contradictory situation continues, but suggestions for solutions seem hard to find. The contradiction is accepted as a normal cultural condition to which we just have to adapt.

The evolution of academic working culture has a long history, but everybody in the academic world has a chance to influence its future development. It is important to commit oneself to academic values and ideals, but people are also free to contribute new content.

Perceiving academic work as meaningful is an important goal, whomever it might concern. Here, sharing expertise, collaboration and learning together are important keys to success.

The third turn of creativity

If logistics fails, the column stops

The COVID-19 pandemic and minorities: the pandemic has complicated identity building