Antero Holmila: Finnish independence – born of and tested in crisis

Independent Finland was the result of a historical turning point which shaped the history of the entire continent for the next 74 years. Its effects remain widely felt to this day, as Putin’s modern-day Russia has started to yearn for the old days of the Russian Empire, which collapsed in 1917.

The dictionary definition of crisis – “an escalated, dangerous situation” – clearly applies to the Russian Revolution, which erupted in March 1917. It overthrew Tsarism, and the subsequent power vacuum enabled the coup d’état in October 1917 by Lenin’s Bolsheviks.

As a populist politician, Lenin knew which strings to pull. As World War I raged on and people went hungry, Lenin promised Russians “Peace, Land and Bread”. When Lenin died in 1924, these promises remained unfulfilled. For the borderlands of the Russian Empire, such as Poland, Finland, Ukraine, Belarus, and Georgia, the Bolsheviks promised national independence and self-determination.

Twenty years later only Finland – to the chagrin the Bolsheviks – remained independent.

In the Cold War–era Finland, under the rubric of “Finlandization”, it was normal to explain that Lenin had “gifted” Finland its independence. The explanation was not a factual interpretation, but rather a lie that manifested the political use of history typical of crises.

First, Lenin never “gifted” anything to anyone – the Bolsheviks much less so. The promise of independence was a strategic gamble, one that was marked by coercion and deception. As is well known, Lenin calculated that the revolution would spread to Finland, which would subsequently return to the mother land. After all, the leitmotif of the Bolshevik coup was to bring forth an international revolution that would embroil all capitalist countries.

In other words, Finnish people fought for their independence by driving the Bolsheviks out of Finland. According to the taxonomy of crisis, it can be called “an turning point”.

If the Reds Guards had won the war, Finland’s historical trajectory would have likely followed that of Ukraine, where the Ukrainian communists won the local civil war during 1921.

At the same time, the independence of Finland was an “escalated and dangerous situation” defined by a major internal crisis, which in essence concerned not only the question of Finland’s political system, but also its material conditions, primarily “land” and “bread”.

Bread, warmth, and literacy behind the success

The outcome of the war determined that the crisis of land and bread would begin to be resolved under the guidance of president Ståhlberg according to the legalistic principles of a constitutional state. This was the case despite the initial challenges with prison camps and the persecution of the Red Guards. Finland was slowly recovering, but much remained unresolved. The major issues, however, were finally being addressed.

On several later occasions, the independence born of crisis has been tested in various ways.

These cases remain, however, beyond our current scope. Let us merely note that major transitions included the far-right movements of the 1920s and 1930s, the Winter War (1939-1940) launched by the Soviet Union, and the subsequent Continuation and Lapland Wars (1941-1945) as well as the difficult transition to peacetime with its war reparations, displaced population, and search for a new political direction in the shadow of the Soviet Union. Recent history includes the recession of the early 1990s.

Now, the Finnish people’s resilience to crisis will be tested once again in Russia’s shadow.

The overriding objective of historical research is to remind us that our experience is limited. Historical knowledge helps us to look at our own state as though from the outside. This type of shift in perspective alone increases resilience, and therefore knowledge is a significant resource in society.

The rising cost of living, the price of food and fuel, and the threat of cold weather are therefore not historically new. They are simply part of a long chain of events during which the resilience of Finnish society has been tested. 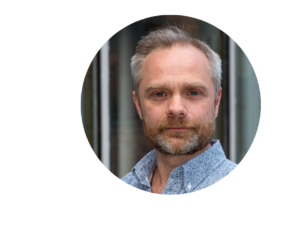 From as early as 1917, the key to Finnish resilience has been society’s ability to provide a material framework as a way out of the crisis.

The availability of these key elements, in turn, is completely dependent on the educational, research and cultural level of society, in the maintenance of which universities play a crucial role.

The author Antero Holmila is an associate professor of history at the University of Jyväskylä.