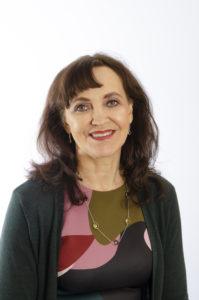 The boundaries between consumption and other content as well as between communication and marketing have become highly blurred. Where does consumption eventually take place? Who is a consumer? Who is a marketer? These are the questions being addressed in the DigiConsumers project, led by Professor Terhi-Anna Wilska.

The project investigates what factors influence the consumer behaviour of 13 to 25 year olds in digital environments. The transformation of concrete money into a digital asset has changed not only people’s spending but also their values and attitudes.

“The change most clearly shows in general practices: how and where purchases are made, how people pay for them, and how people are targeted for marketing and advertising,” Wilska states.

Do you really want what you think you want?

Wilska points out micro influencers as an example. These are ordinary users of social media, whom businesses seek to recruit to advocate their brands by promising various benefits. These issues are explored in the #Agents – Young People’s Agency in Social Media project, an Academy project led by Wilska.

“A friend’s posting isn’t labelled as a commercial collaboration, even though in social media the narratives of individual persons have a great impact compared to, for instance, research knowledge.”

At worst, young persons may lose their wits in the digital consumption environment, where they are inevitably exposed to covert indoctrination and where companies market their products by means of algorithm-based targeting.

“Young people think they are economic decision-makers, but in the worst case they are subjected to continuous brainwashing for some purpose.”

Hence, the DigiConsumers project searches for ways to help young people become consumers who would retain a sense of what they genuinely want themselves. The project consortium also has a strong representation of educational psychology researchers. It looks to strengthen young people’s  financial management as well as their awareness of it.

Digitalisation of consumption is not only about threats

As a positive aspect, Wilska finds the fact that it is possible to build various financial management applications for digital platforms, thereby inspiring young people to plan their personal finances in a game-like fashion.

“We have to revise the ways in which economic issues are taught to children and youth. As money becomes less and less concrete, we need novel ways, which arise from young people’s daily life, to address these issues. A challenge here is the rapid change: the channels young people use tend to change to new ones in a frequent cycle. We must also develop applications that young people find genuinely interesting.”

Spending is often so invisible in practice that it is easy to lose one’s sense of money.

“Missed payments go hand in hand with the ease of getting quick loans,” Wilska says. The project develops action recommendations and provides background information for legislative purposes, such as the regulation of quickie loans.

DigiConsumers is a six-year research project launched in August 2019 and it is funded by the Academy of Finland’s Strategic Research Council. The research consortium is led by the University of Jyväskylä in partnership with the universities of Vaasa and Helsinki, Pellervo Economic Research PTT, and Economy and Youth TAT.

Our unique campus is part of European cultural heritage