Wasps have a good summer, but researchers continue to call for public sightings of large wasp nests

This past summer was a fruitful one for wasp research, as the summer season in Jyväskylä provided new knowledge about the ecology of wasps. Docent and Senior Lecturer Atte Komonen and his students had to hurry to the nests in July, when the thriving population of median and saxon wasps was discovered.

During the busiest days, the wasps from a single nest may make up to 10,000 trips per day.

“We have worked in shifts of a couple of hours and stayed on site for as long as the wasps have been flying from the nest,” Atte Komonen says. “We would start watching around 4 a.m. and on the longest days we have recorded flights as late as midnight.”

At the nests in Jyväskylä, researchers have recorded up to 22 flights per minute, which means one in every three seconds, on average. Researchers mark their observations on paper. During the busiest moments, one needs to be very alert so that every flier gets recorded.

Have the researchers got stung while working?

“The observation is carried out at an appropriate distance from the nest so as not to disturb the wasps,” Komonen explains. “Some wasps may sting if you stick your face too close, but we protect ourselves by wearing a beekeeper suit.”

One reason for the good wasp summer was that the queens made it through the winter and then survived the critical periods in spring, a time often fatal to them.

“This summer the nests quickly grew to a large size,” Komonen tells. 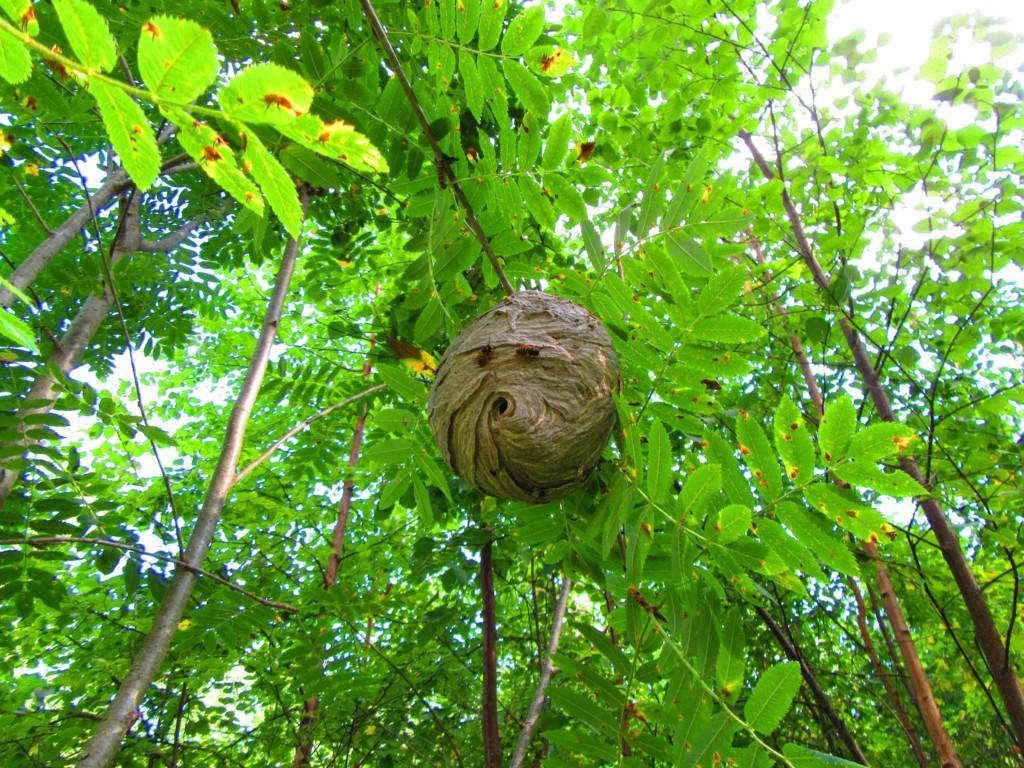 Nest of the Norwegian wasp in Jyväskylä 2021.

He estimates that in Jyväskylä the nesting of wasps proceeded about two weeks ahead of the normal schedule. At the beginning of August, the number of wasps has doubled in comparison to the two previous summers.

“With favourable conditions in terms of temperature and food supplies, the nests have grown rapidly,” Komonen says.

Sightings of large hornet nests are called for

At the beginning of the summer and in July, median wasps were in focus. There have been plenty of them in traps, even if these wasps go unnoticed by people walking in gardens and nature. The species lives in bushes and plays an important role as predators of pest insects in gardens, for example.

Now the focus has shifted to the common wasp, as the researchers are still looking at the development of this wasp population. The advancing summer and autumn will show how large their nests become. The success of wasp populations depends on the temperature and food supplies.

“These are the wasps that people notice,” Komonen says. “They easily land on human skin while buzzing aimlessly around once the queens have stopped laying eggs and the nests start to break down. They are also tempted by the smell of food.”

Komonen and his team in the AMPASE project has studied social wasps for a couple of years in Jyväskylä. The project has produced basic knowledge about the biology and ecology of wasps, but the observations of the general public also play an important role in this research.

“We are pleased to receive information about large wasp nests, for example, which may be located on the ground, in house structures, in various cavities or hanging in bushes,” Komonen says.

“We can examine the development stage of nests or parasites living in the nests. We are especially interested in the hornet, because we have not yet had the chance to observe any nests of this species in Central Finland.” He encourages people to inform the team of any sightings they may make.

A busy summer after two quiet ones 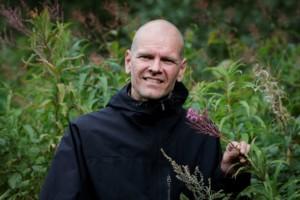 Mid-July was a busy time for wasp researchers.

“In mid-July, students started reporting from the field about particularly great numbers of wasps,” Komonen tells.

“Wasps are indispensable insects in the ecosystem,” Komonen explains. “They feed on pest insects in gardens and natural environments, spread seeds and contribute to pollination. In turn, various predators feed on wasp larvae. For example, bears, badgers, raccoon dogs and honey buzzards tend to dig out larvae from wasp nests.”

So far, the group’s monitoring of the wasp population has shown that they do not follow an assumed cycle of alternating years. A rich wasp year is not necessarily followed by a poor one or vice versa. In Jyväskylä, the previous good wasp year was in 2018, followed by a couple of poorer years.

“Wasp queens for the next summer are produced in nests in autumn,” Komonen explains. “Their survival rates through the winter and the amount of parasites affect the size of wasp populations in the next summer.”

Komonen has always been interested in insects, and his current wasp research started after the good wasp summer of 2018 with appropriate and timely funding from Kone Foundation.

How will climate change affect wasps? 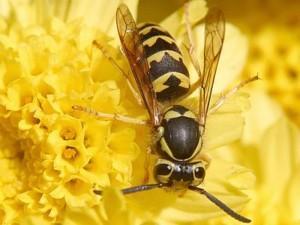 There are several sightings of German wasp in Central Finland. Credit: Wikipedia

“Wasps may occur in greater numbers and certain species may spread to more northern areas,” Komonen says. “In fact, in our project we found the German wasp for the first time in Central Finland. Now there are already several sightings of it.”

How do you get along with wasps best?

“By just taking it easy,” Komonen advises. “They won’t attack unless you threaten them.”

You can inform the research team of any sightings of wasps in project website: http://ampase.fi/