Towards a 3R society: research on circular economy in Finnish companies

In circular economy, the purpose is to change linear flows of material into circular or rotational ones so that, in an ideal case, no waste would be produced at all. In Finland, there are already several companies pursuing circular economy goals, most of which are so far small or middle-sized companies. Meanwhile, the Jyväskylä University School of Business and Economics (JSBE) is conducting research on the topic. This research yields knowledge and potential means for companies to transition to circular economy, which can become competitive assets for players that move fast.

JSBE is involved in a research project investigating how Finnish society could move from a linear economy to a more sustainable circular economy. The CICAT2025 project involves four Finnish universities and two other higher education institutions. The University of Jyväskylä concentrates especially on the contribution of companies as agents of the circular economy.

“We are looking for answers to the question of how people’s and organisations’ actions can catalyse the circular economy,” tells Associate Professor Tiina Onkila from JSBE. “Together with our colleagues from the University of Turku, we interviewed about 50 companies, 40 of which we had selected from Sitra’s list of top-100 circular economy companies. Most of the interviewed companies were relatively small or middle-sized companies.”

The basic idea in circular economy is to change the flow of materials from a linear into a circular model, that is, based on rotation and recycling instead of a linear pass-through system. The categorisations between raw material, product and waste are no longer valid. According to circular economy thinking, a product is always used again, recycled or converted. Another leading idea pertains to reducing the use of materials.

“This is crystallised in the 3R concept: reduce, re-use, recycle,” Onkila explains.

“Circular economy is still too often regarded merely as recycling, although this is only one part of the whole concept. Many Finnish companies do not yet understand all aspects of the circular economy, so the pioneer companies’ active agency is needed.”

Accordingly, the interviewed companies wish to receive peer support and hints for enhancing their operations when the project is finished. In addition, improved economic support would be needed, since there have been problems with profitability.

“Companies that base their operations on circular economy often have to work as guides for their own supply chains. For example, before such cooperation, raw material suppliers may be completely unaware of the whole concept.”

Textile industry as a trendsetter 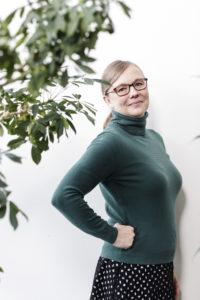 In the interview data of Onkila and her research team, prominent companies included especially those concentrating on the textile industry. Innovative ways to pursue circular economy involve not only responsible practices for raw materials, but also possibilities to take second hand clothes for re-sale, for example.

“At the same time, the companies in this field provide appropriate competition and pressure for each other to encourage them to seek new innovations.”

For the research data, the company staff were also asked about their concerns, worries and contradictions related to circular economy. The biggest reasons for concern were found to come from outside their own company.

Onkila explains: “One employee was concerned about sometimes meeting customers who constantly keep buying new products from the company. An ethical conflict was experienced regarding whether a consumer buys a product more than is personally needed. Some concerns were expressed with regard to the chain of sub-suppliers, since one cannot always get full certainty of the ethicality of a particular raw material, even if it were proven to be ecologically sustainable.”

Companies that concentrate on circular economy are mainly small companies, or at most middle-sized ones. Businesses in this field are still so young that they have not yet had time to grow into the category of big companies, if they even strive for that status it in general.

“Circular economy is more typical in material-centred fields than in the service sector, for instance, where responsibility can be implemented in other ways,” Onkila says. “It would not be sensible to require them to rely on circular economy, when there are other means for them to pursue responsible business.

“At the same time, there are companies that, in my opinion, should shift to circular economy very quickly, even.”

“Accordingly, the purpose of the project is to create tools for companies through which we can speed up this change.”

“Overall, this is about a broad-based change that concerns all of society. Therefore, the CICAT2025 project involves researchers from different fields of science, such as taxation, legislation and linguistics. Change in the way of speech would be of primary importance; people should learn to distinguish between recycling and circular economy.”

Tiina Onkila’s four arguments why a company should shift to circular economy.

Are we keeping up with the multiliteracy skills requirements?

The future of work has arrived – and needs researching