Postdoctoral Researcher Emilia Leinonen wondered if anyone was going to even respond to her request for letters when the pandemic forced places to close down in the spring of 2020. Leinonen decided to immediately put her plan into motion and send requests to older people. Eventually, a lot of letters arrived, and based on their content, she was able to draw a picture of two sides of the quarantine conditions of older people. “The authorities will learn a lot from our research,” she says.

When Finland withdrew into isolation like the rest of the world, Leinonen and her colleagues at the Department of Social Sciences and Philosophy of the University of Jyväskylä started to discuss how older people would cope in these circumstances.

The focus was particularly on people over 70 years old, who were grouped together based on the strict official guidelines and practically isolated in their homes.

“We wondered how we could find out how the older people cope with and experience a situation where they have been assigned to quarantine-like conditions,” Leinonen says, recalling the discussions of the research community at the end of March 2020.

This concern turned out to be unneccessary, as she eventually received 77 letters.

“The longest was a 70-page diary, and the shortest answers were e-mails with a few lines of text,” says the researcher.

“The oldest author was 93 years old, the youngest had just turned 70. Suddenly, the coronavirus restrictions also applied to her. The respondents were in good shape to the extent that they could write the letters themselves, and a couple of the texts were dictated.”

The writing requests spread most effectively through Facebook, and in those regions where local newspapers picked up the story and wrote about the research.

Some felt protected while others viewed it as an identity question

So, what types of letters arrived in the post?

According to Leinonen, the responses were very different from each other. She placed the respondents into groups according to how they felt that the quarantine-like conditions practically impacted their life.

“Some viewed the isolation as a huge shock and an identity question,” Leinonen explains. “They didn’t feel old, and their own parents were still alive. Others liked the protective feeling they had, while others did not dare to leave their homes to even go to the store.  Some of the respondents in turn enjoyed suddenly being left alone.”

The research results were published in the Journal of Aging Studies in June.

One of the respondents wrote about the sudden freedom from their responsibilities:

One of the biggest changes for myself happened, when all voluntary work ended.  The pandemic gave me sudden freedom from my responsibilities, and I realised that it is completely up to me if I continue with my activities. It was an unbelievably liberating feeling to say to MYSELF: you no longer have to do anything that you don’t like at this age. The biggest joy of the first COVID-19 spring was to be able to free myself from these responsibilities. Since then I’ve slept better and had a lot of energy. For the first time in my life, I can do things that I like, and I don’t feel the need to explain anything to anyone. 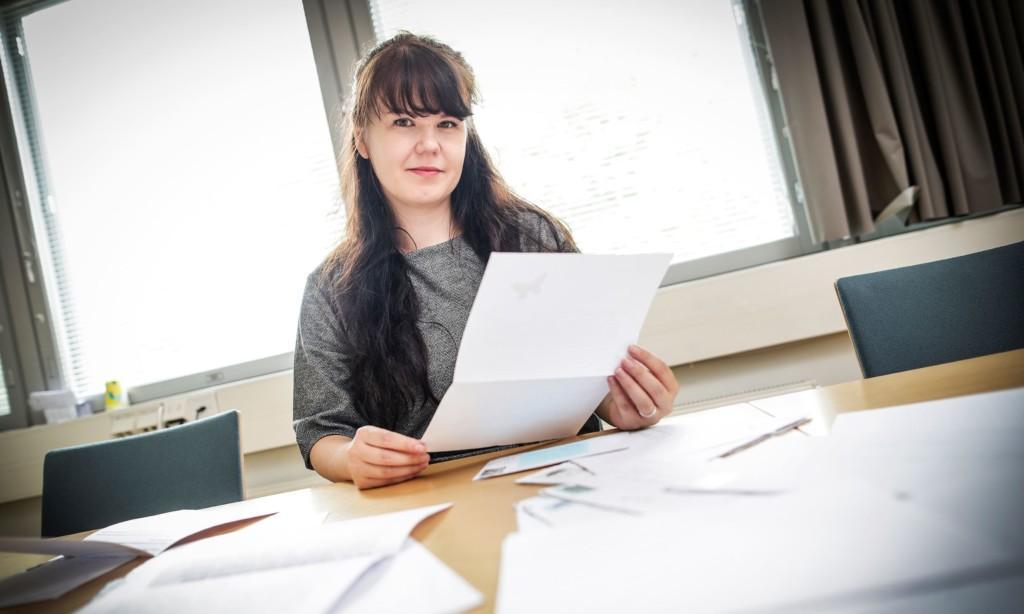 According to Emilia Leinonen, lessons can be learned from the failure to communicate clearly about the COVID-19 restrictions.

The oldest respondent, who is 93 years old, described how the restrictions were stealing her time:

It is what it is, but it’s sad when I feel that time is being stolen from me and other older people! I know that our life will never be the same again! There will not be enough time to recover from all this.

Another respondent described the feelings that the early morning shopping slot reserved for older people caused.

The local shopkeeper immediately announced that the shop would open its doors at six o’clock for risk groups, so despite my morning drowsiness, I started heading to the shop once a week before actually waking up!

“Many kinds of experiences show that the age bracket ranging from 70 years to more than a hundred years was too wide,” says Leinonen. “In other words, the restrictions based solely on age were badly planned.”

According to Leinonen, lessons can be learned from the failure to communicate clearly about the COVID-19 restrictions.

“The instructions for people over the age of 70 were certainly made in accordance with the best information available at the time,” Leinonen continues. “However, communication should have been clearer, because some older people thought that they were not allowed to leave their home at all. In addition, targeting such a wide group with restrictions should have been planned better.”

What have, for example, the authorities learned from the pandemic?

“There must be clear justifications for all restrictions, and communication about restrictions must also be kept consistent and clear.”

At this point of the pandemic, we know quite a bit about how the exceptional years have affected, for example, older people. According to Leinonen, we are now beginning to understand that loneliness has increased for some, while life has continued unchanged for others.

Many restrictions still continue in the care sector. Leinonen estimates that no one has the overall picture yet, that is, an idea of the extent to which things have returned to normal.

“We need to pay attention, for example, to what extent overcrowded emergency rooms are a consequence of the coronavirus or how home care routines function now,” says Leinonen.

Informal carers or family carers with the greatest responsibility have been particularly vulnerable during these exceptional circumstances. Leinonen was involved in a research project published in the spring, which revealed that caregivers have been left to their own devices during the pandemic without the necessary support.

It was difficult for caregivers to take time off when, for example, it could not be organised in the form of family care. Caregivers also did not receive protective equipment against the pandemic, as other health care professionals did.

“The way the needs of caregivers have been forgotten is problematic,” Leinonen explains.

Leinonen wants to highlight the status of risk groups. Even though society has re-opened in some ways, the risk groups should not be forgotten.

“The COVID-19-pandemic is not over for everyone,” she says, “so how could we take this fact into account better?”

Now is the time to see what lessons can be learned from the pandemic years. Like many researchers, Leinonen has completed a research project linked to the pandemic and published the results.

What would you like to research in the future and ask those who responded to your request right now?

“I am currently writing an article about the use of time among older people and its changes during the COVID-19 pandemic. It would be interesting to hear how being in quarantine feels like afterwards and if something changed permanently in everyday life,” she says.

Emilia Leinonen is one of the researchers at  the Centre of Excellence in Research on Ageing and Care  (CoE AgeCare) led by the University of Jyväskylä. She is part of Professor Teppo Kröger’s group, in which several studies related to the experiences of older people during the pandemic have recently been published.

Studies on the COVID-19 pandemic have also been published in Tampere by the researchers of the group led by Professor Marja Jylhä and Research Manager Outi Jolanki as well as researchers in Professor Sirpa Wrede’s group in Helsinki.  The group at the University of Jyväskylä led by Associate Professor Sakari Taipale will soon publish results on how the pandemic has affected the use of technology among older people in different countries.