Sociologist Loredana Ivan’s research topic involves a number of key questions: How do retirement-age people use their mobile phones? Do older people start using new applications when retiring, or is the trend the opposite, with the use diminishing?

Ivan comes from Romania, which is at the forefront of the ageing population trend.

“In 2050, Romania will have the oldest population in Europe. The share of over 80-year-olds is increasing rapidly,” says Associate Professor Ivan.

Regarding the connections between ageing and the use of mobile devices, there are still many issues to be investigated that can help predict the course of digital development. 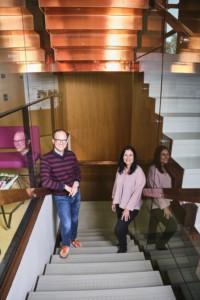 Sakari Taipale was hosting Loredana Ivan’s visit at the Department of Social Sciences and Philosophy.

Some of the answers can be found from research data that is analysed and interpreted by Ivan and by Associate Professor Sakari Taipale, who is hosting Ivan’s research visit to the Centre of Excellence in Research on Ageing and Care at the University of Jyväskylä. This is a unique data set which enables comparisons of over 65-year-olds’ use of media devices in seven different countries, including Finland.

“There are no other survey data like these, and in general, we know little about the use of digital devices and applications among people over 70,” Taipale says.

“It is unique that it was possible to interview the same people repeatedly over many years and thus to follow how the use of technology is changing as they grow older.”

Some people at retirement age start using more applications, while others use these less than before. The reasons for this derive from a wide variety of issues, and there can be big differences between countries in this respect. For example, the use of mobile phones is influenced not only by the developmental stage of the country’s digital culture, but also by family structures, living alone, and a person’s health.

In Finland, the percentage of people over 65 living alone is among the largest in Europe.

“In Finland, the connections between the number of seniors living alone and the use of instant messaging by mobile phone is stronger than they are in Spain, for instance. Why this is so calls for further research. We need more data on the elderly people’s motives for mobile phone usage,” says Ivan, who works at the National University of Political Studies and Public Administration (SNSPA) in Bucharest, Romania. 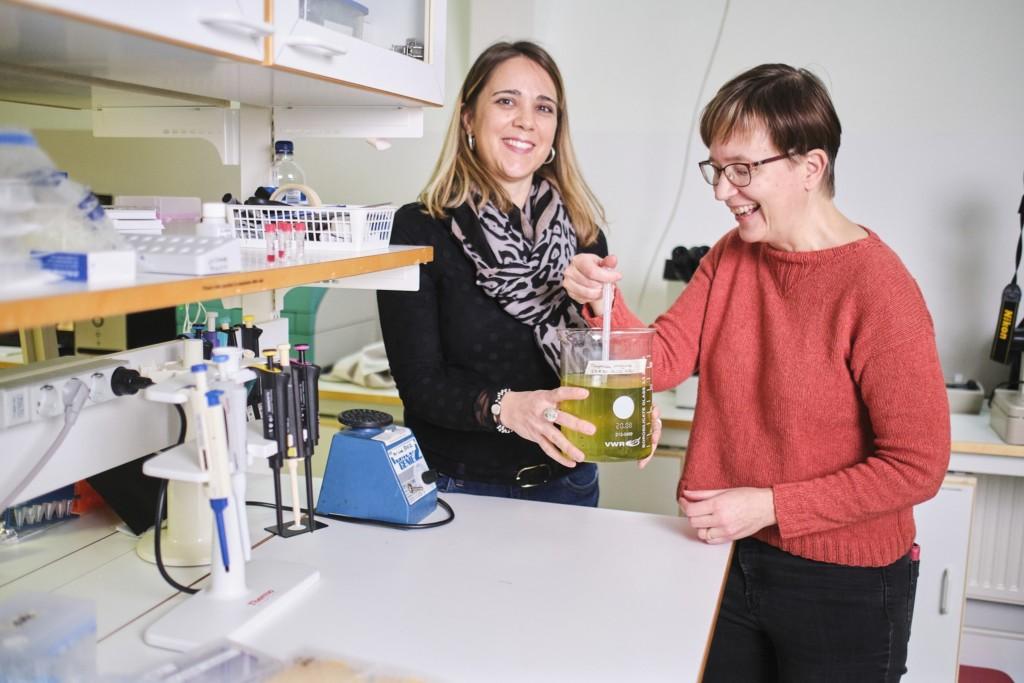 Ecotoxicologist Eeva-Riikka Vehniäinen (right) and toxicologist Ana Juan-García have come up with an underexplored research topic.

Water fleas (Daphnia Magna) swimming in a bowl have kept Ana Juan-García busy at the Department of Biological and Environmental Science in Jyväskylä. At her home university in Valencia, Spain, Associate Professor Juan-García has studied how mycotoxins affect the cells of mammals. During her researcher visit to Jyväskylä, she has learned various things about water fleas, an important link in aquatic ecosystems.

“How the fleas drop their shell, how they are fed, and how important they are in aquatic ecosystems,” Juan-García says.

Ecotoxicologist Eeva-Riikka Vehniäinen from the University of Jyväskylä has introduced Juan-García to the biology and feeding of water fleas as well as more generally to the impacts of environmental toxins in aquatic ecosystems. 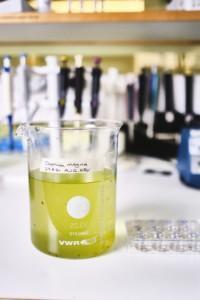 Because they are sensitive to environmental toxins, water fleas are a good indicator of ecotoxicology. The state of the species quickly reflects the situation in the water system in terms of foreign substances. Juan-García wants to explore further how mycotoxins of natural origin affect aquatic organisms such as water fleas.

Biomarkers would give information about harmful substances at an early stage

In her discussions with Vehniäinen, they have come up with an underexplored research topic: What effects do mycotoxins – enniatin and beauvercin – produced by Fusarium moulds have on water fleas and green algae?

“I had previously studied the effects of enniatin and beauvercin on zebra fish, so it was then easy to expand this research to other aquatic organisms,” Juan-García states.

In nature, mycotoxins are produced as metabolic outcomes of mould and other fungi. Mycotoxins end up in water systems as well, for example from wastewater treatment plants and mould-contaminated fields. Climate change seems to increase the production of mycotoxins and the occurrence of new mycotoxins, as higher temperatures and increased moisture are favourable to the growth of mould.

Warmer waters also change the physiology and metabolism of aquatic organisms as well as the behaviour of foreign substances in the water systems.

Eeva-Riikka Vehniäinen’s own research is focused on toxicological mechanisms and especially on receptor-mediated responses to toxins.

She aims to develop biomarkers that would give information, for example, about foreign and harmful substances in wastewater at an early stage.

“Using these markers, we could foresee the emergence of detrimental changes in the ecosystem,” Vehniäinen says.

Senior Specialist Timo Taskinen from Research and Innovation Services coordinates visits at the University of Jyväskylä and is very pleased that researcher visits are again possible after the lifting of restrictions put in place due to the pandemic. This year, JYU will receive 63 researchers under the Visiting Fellows programme.

The visits last from one to two months and are important for many reasons. 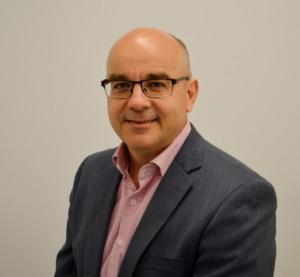 Timo Taskinen coordinates researchers’ visits at the University of Jyväskylä

“The international visitor programme covers all disciplines and researcher’s career stages,” Taskinen says. “Through the programme, we get junior researchers engaged in close research cooperation as well as experienced researchers to bring new perspectives and their own networks to JYU researchers. Some units have previously carried out smaller-scale visit programmes and the joint programme is now supplementing these. The extent of a research visit also allows the researchers to do new research together or at least plan for joint research.”

The promotion of researcher mobility is also included in the objectives of the Research Development Programme of the University of Jyväskylä. Each visiting researcher has a local colleague serving as a research collaborator in Jyväskylä. This year the visitors were distributed across the units as follows:

Sakari Taipale is currently hosting three researcher visits at the Department of Social Sciences and Philosophy.
“It is important that we make it internationally clear that we are open for visits,” says Taipale, who leads the research group New Technologies, Ageing and Care in the Centre of Excellence in Research on Ageing and Care.

Ana Juan-García heard about the opportunity to visit through the researcher cooperation network FORTHEM, while Loredana Ivan heard it directly from Sakari Taipale.

Ivan’s visit to Jyväskylä was her first trip abroad during the COVID-19 pandemic.

The visit has reinforced cooperation, laid a foundation for further research, and helped researchers get acquainted with each other. At the Department of Social Sciences and Philosophy, a joint get-together was arranged for the staff and all the visiting researchers. The six-week visit starting from the beginning of September has been rewarding in all respects:

“Here, everything seems made for the researcher. With the help of the university, an apartment was easy to find, and the department had everything ready for my visit,” Ivan says, smiling at the department in Opinkivi on the Seminaarinmäki campus.