Urban areas are growing while the countryside is left to deteriorate. This seems to be a general trend in Finland as well as elsewhere. Professor emeritus Hannu Tervo, a pioneer of regional economics in Finland, reviews the present state of Finland’s regions while also looking back on his long career and how his field has developed.

Anyone who has travelled even a little in Finland by train or car knows that the distances are long and that there is plenty of forest between the cities. From an economic perspective, urbanisation is a positive, even necessary phenomenon, but as a drawback rural areas gradually become empty out, which brings specific challenges.

“In Finland’s case, for example, this desolation can easily lead to a situation where the local infrastructure, which was once built with rather heavy investments, is deteriorating,” Tervo says. “This may be problematic, as in the changing world marked by climate change and its consequences, the Finnish environment may well prove to be a real treasure more precious than gold.”

In Finland there are observable, significant economic differences between, for instance, the Helsinki region and some less prosperous regions: GDP per capita in the Helsinki area may be double compared to rural areas. However, the difference is not as drastic as it may sound.

“On a global level the differences in Finland are relatively small.”

“Differences in net income between regions are not big. In addition, we should take into account the higher costs of housing and traffic in the Helsinki region, which further narrow the differences. Hence, living in the so-called emptying countryside has many compensatory aspects, starting from the peaceful surroundings and the closeness of nature, which are important to many people. Differences in wellbeing between rural and urban areas in Finland are not as big as they are often imagined or feared to be,” Tervo Explains

Regional economics examines economic differences and phenomena within a country. This branch remains in some ways marginal within the discipline of economics, even if it has been gaining visibility in recent decades.

“The traditional neo-classical economics has been largely founded on the questions of ‘what is done’, ‘to whom’ and ‘how’, but ‘where’ often goes unnoticed.”

Contemporary regional economics is largely based on the networks of regional science. This community has brought together economists, geographers and social scientists, for instance. Tervo himself has been actively involved in the activities of ERSA, the top European organisation in this field, since the beginning of the 1990s. In 2003, Jyväskylä hosted what is to date the largest ever congress of regional economics, which gathered 500 experts in this field to the city.

Jyväskylä has always been one of the major cities for regional economics in Finland, starting from the policy outline by Pertti Kettunen, a pioneer of economics at the University of Jyväskylä, where he raised regional economy alongside small companies as the most important asset.

Economist Paul Krugman made the field more widely known among economists with his theories from 1991, which later earned him a Nobel Prize. Krugman translated and modelled observations made in regional science into the language of economics, which also opened economists’ eyes to the potential of regional economics as well.

“In regional science circles, the wide publicity Krugman received was welcomed with mixed feelings,” Tervo recalls. “On the one hand people were happy about the larger visibility gained for the field, but on the other hand people might mutter on their own that these are the very issues we have been talking about for years already.” 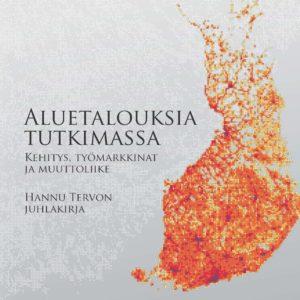 “They are celebrating that I’m finally leaving,” Tervo says, laughing.

Tervo has made a noteworthy career in Jyväskylä on regional economics. He came to JYU for the first time in 1978 for a three-month contract at the Economic Research Centre of Central Finland. Those three months were eventually extended to over forty years, of which the last twenty Tervo worked as a professor.

Many of the authors in the honorary publication completed their doctoral degrees under Tervo’s supervision. A number of his former and present colleagues have also contributed to the book.

“I was positively surprised that people have made such an effort in writing and editing the book, especially when this publication doesn’t yield them any JUFO credits.”

“I am truly touched and appreciate this. The book is a fine combination of more academic and also of lighter articles, and it was a pleasure to read through,” Tervo says

Now as a professor emeritus Tervo plans to continue with his scholarly writing, but with a freer and more relaxed approach.

“The top journals of the field, with their detailed and narrowly defined requirements, are no longer as necessary as they were during my professorship,” Tervo says. “It’s nice when you can choose topics more freely based on one’s own interests and write whenever it feels right.”

You can read the honorary publication of Hannu Tervo here. The publication is in Finnish. 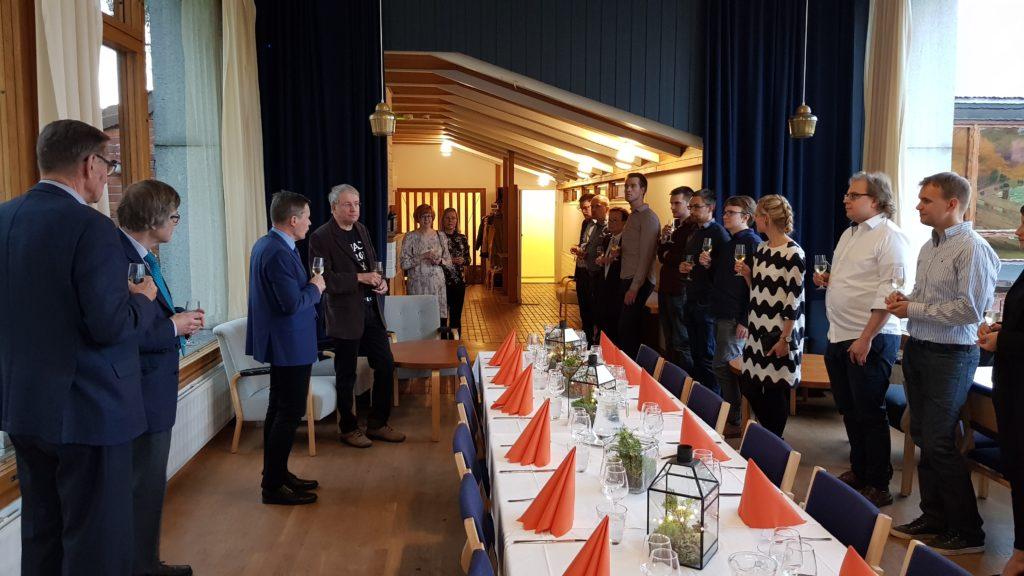 Celebrating the release of the book