The first steps in the world of mathematics are taken already before school age. But do early skills predict mathematical skills or motivation at school? What is the role of the home and early childhood education environment in the development of these skills? In a large longitudinal study at the University of Jyväskylä, the development of children’s mathematical skills is being followed until the age of nine. Research knowledge is needed in order to provide adequate support.

Never before have any longitudinal studies concerning learning difficulties of mathematics been extended to children as young as in this study.

Tiny EEG caps will soon be fitted on infants only a couple of weeks old at the Centre for Interdisciplinary Brain Research of the University of Jyväskylä. In this unique research, the caps measure the electroencephalogram of newborns: How does the baby brain react to changes in auditive stimuli varying in different dimensions of magnitude, including number, intensity, frequency etc.

At the age of six months, the babies will wear the EEG caps again, and their perception of changes in discrete and continuous magnitudes will be tested not only by auditive stimuli, but also using visual ones, that is, images containing a varying number of figures or varying size of objects. From two-year-olds onwards, their early number  skills will be tested by means of various skills tests. 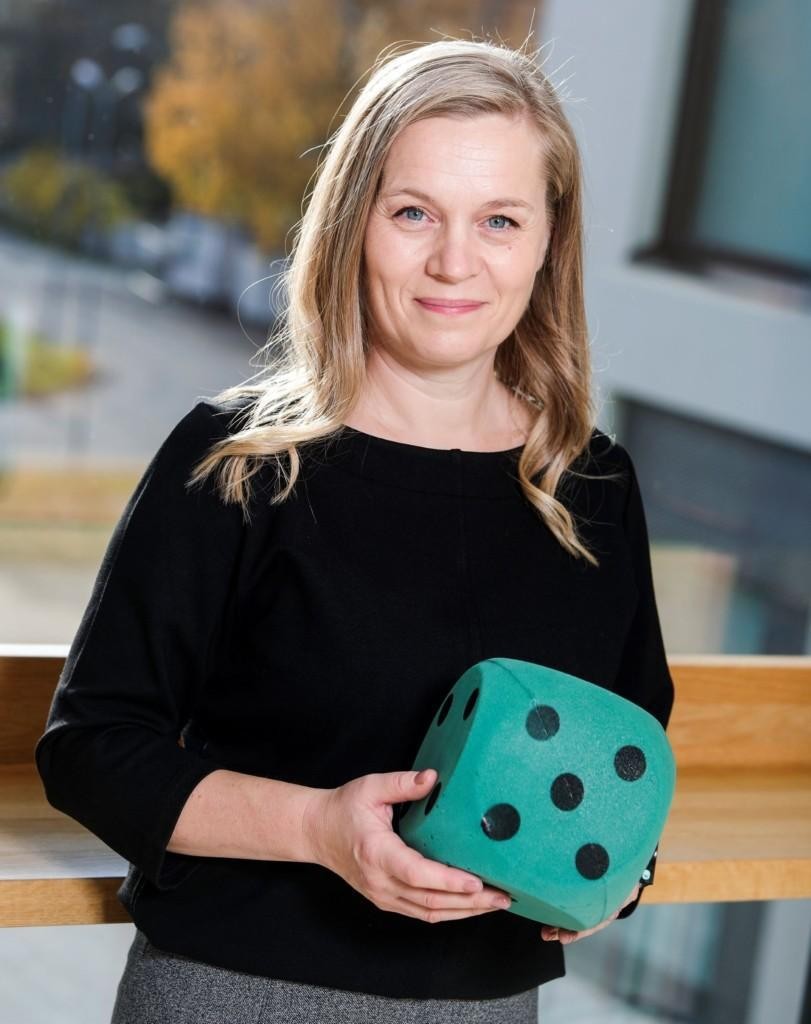 This is the first longitudinal family risk study ever where the development of children’s mathematical skills is being followed from birth.

The study involves 200 babies divided into two groups: half of them belong to a risk group in terms of the development of their mathematical skills, since their parents have had learning difficulties in mathematics. With ERC funding, the development will be followed up to the age of three.

After five years, the researchers will already have strong evidence of two things: Are there functional differences related to the processing of discrete and continuous quantities between the brains of infants in the risk and control groups? And does a new-born baby’s ability to process quantities predict the child’s early mathematical skills?

“To date, there have only been a few studies indicating that mathematical difficulties run in families” says Associate Professor Minna Torppa, who is leading the EarlyMath longitudinal study at the University of Jyväskylä. The project has received generous funding from the European Research Council  (ERC). “If the parents have had difficulties in mathematics, it increases the risk that also their children would have such difficulties. No follow-up studies like this one starting from birth have been conducted before.” 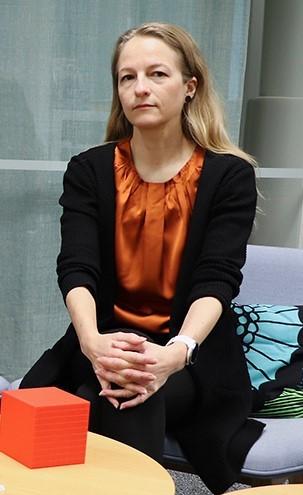 How can the neural basis of mathematical skills be explored in babies at such an early stage?

“Based on earlier research, it seems that the ability to perceive numeric differences is innate,” says Postdoctoral Researcher Kaisa Lohvansuu, who is in charge of brain research in this longitudinal study. “By examining brain responses we seek to find out whether the risk group babies perceive the differences more poorly in discrete  or continuous magnitudes than do their peers in the control group; in other words, do the groups differ in terms of their innate abilities.”

The development of mathematical skills depends on many things

Biological genotype is still just one factor in the complexity of things affecting a child’s mathematical skills.

In addition to early numeric skills, the child’s other cognitive skills – such as linguistic skills and spatial perception, memory, and self-regulation skills – also have an effect on the learning of mathematics.  Following these skills along with the development of numeric skills is indeed one of the central aims of the EarlyMath project. 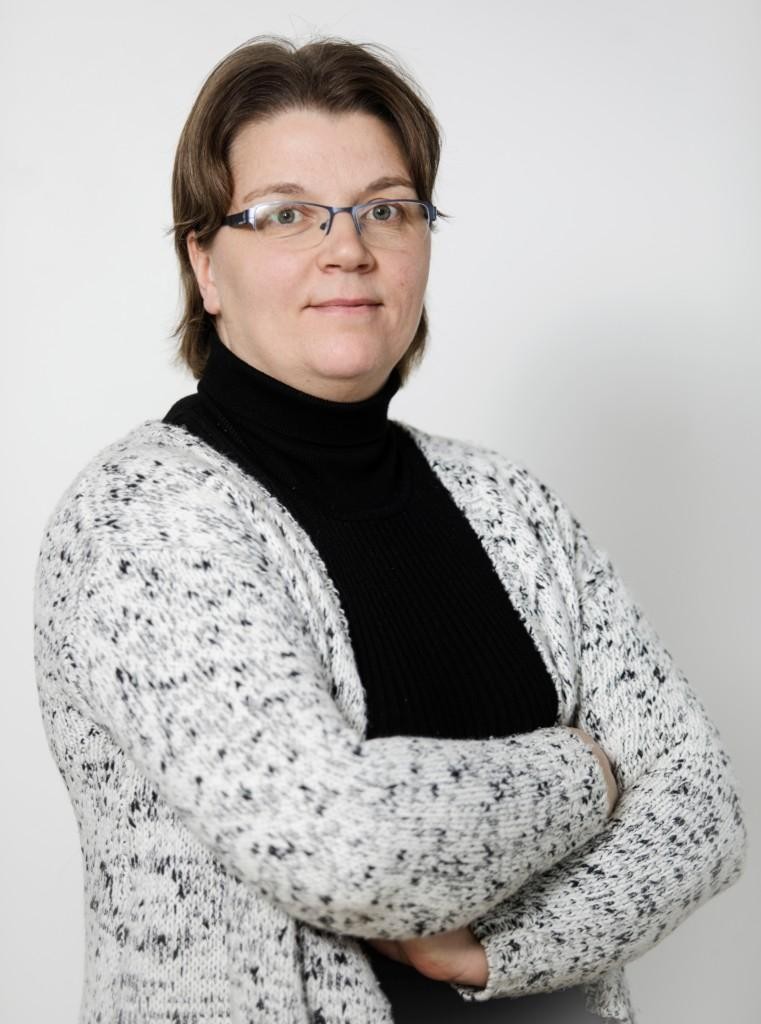 Moreover, the child’s home environment and early childhood education as well as the child’s emotions, motivation, and self-efficacy play an essential role in the development of mathematical skills.

The study follows the skills development of toddlers almost until school age, focusing especially on the learning environments of homes and early childhood education and care.

The strength of this new study in Jyväskylä arises from multidisciplinary expertise. The research team consists of researchers of learning and learning difficulties, development and education psychology, early childhood education, cognitive psychology, and neuroscience. Their cooperation provides a broad perspective on the learning and development of mathematical skills.

“We have and share highly varied expertise in this team,” says the deputy leader of the study, Associate Professor Tuire Koponen, from the University of Jyväskylä.

The skills differences between children have increased

According to research findings, from 10 to 20 percent of children have difficulties in learning basic mathematical skills. For them, learning is difficult despite teaching and practising.

Minna Torppa explains that, to date, the reasons for learning difficulties in mathematics have been studied much less than have difficulties in reading and writing, for example. Both domains have the same grounds for research, however: while there may be neurological reasons, the investigation of the issue calls for a holistic approach.

Have there been any significant changes in skills in recent years?

“Based on recent national assessments and reports, the skills differences between children have increased in recent years,” Koponen says.

Postdoctoral Researcher Jenni Salminen examines the role of early childhood education and interaction in the learning of skills. She is interested in, for example, what kind of environment inspires children to make observations – also for numeric and countable things.

“One aim of the EarlyMath study is to collect information about the ways by which mathematics is approached in day-care groups for children of different ages, and also about what kind of competencies this requires from the staff. As of yet, there is relatively little research knowledge about these matters.”

A young child has enormous potential for skills and knowledge, Salminen says.

“A skilled pedagogue notices mathematical features in children’s daily life and knows how to lead children into making observations and figuring things out. Which Lego tower is higher? Who is the first one in the queue?”

“Verbalising and making visible the mathematics of daily life is always a good thing for the development of children’s skills and raising their interest, regardless of children’s age”, Salminen emphasises.

There is research evidence indicating that  spontaneous focusing on numerosity in one’s environment is associated with early mathematical skills, such as number sequence and object counting skills.

Safe and encouraging interaction promotes children’s natural curiosity and provides a basis for the learning of mathematical skills as well, Salminen says.

According to the researchers, support based on children’s individual needs is of primary importance when they have difficulties in mathematics.

“Teaching advances according to the textbook, but a child might need support for things dealt with already earlier,” says Tuire Koponen. “In order to create a solid foundation of basic skills, it would be good to go back to areas that are critical for each child’s learning at a specific moment.”

There are also many different domains in mathematics, and a child does not necessarily master all of these equally well.

“A child may learn the  association between written number and number word and this way name numbers, but the quantitative meaning of the number symbols  may be vague or quite the opposite,” says Tuire Koponen, who conducts research on learning difficulties in both reading and mathematics.

If a child has shortcomings in mathematical competencies in pre-primary education, what kind of support should the child receive before school so that mathematics learning would go well in school?

“Number sequence skills and a strong number concept are important basic competences for the learning of addition and subtraction,” says Tuire Koponen. “Children for whom mathematics is difficult often face challenges in learning these basic skills. Then they will also lack the basis on which to build arithmetic skills in the first grade.

“An essential part of support is to practise these skills and pay attention to the point that the child learns to integrate in his or her mind the ordinal and cardinal information of numbers. Speaking mathematics, or verbalised thinking, is important here.”

Schoolchildren’s learning is enhanced by feedback that makes learning visible and encourages them to practise. A warm atmosphere within the group is also essential.

“Good feedback does not accentuate whether the answer is right or wrong, but guides the focus, for instance, to considering different paths to a correct answer,” Jenni Salminen explains. “While learning that the right answer can be found in many ways, learning processes are also made visible.”

Learning can be impeded by experiences of failure and a lack of timely support from the teacher.

Some young pupils may feel strong anxiety related to mathematics at school. An exam may cause anxiety, or they may have a headache when doing their exercises. In such cases, it is important to ensure that the atmosphere is safe and encouraging.

“It is advisable to discuss with the child about what kind of situations, in particular, the anxiety is connected to, and find solutions by listening to the child,” Koponen says. “One could ask, for example, if it would help to get additional time so that the child can do exercises during the break as well.”

There are also various common, deep-seated false notions associated with mathematics learning, which the researchers would like to get rid of. You should not believe in the myth of ‘ a math brain’.

The way the family talks about mathematics and their abilities to learn it may affect a child’s motivation and practising of the subject. If we regard an ability as permanent, we don’t necessarily find it beneficial  to practise it or try hard in learning situations.

“It’s never too late to improve your skills,” says Tuire Koponen. “Adults with math problems may say that they do not master mathematics and cannot learn it either. In reality, mathematical skills can be strengthened in adulthood, too.”

The EarlyMath study at the University of Jyväskylä consists of three parts. Different groups use different methods to follow the development of skills in babies, toddlers and school-age children.