In summer at the fishing waters, a fish researcher’s mind is busy and alert. The University of Jyväskylä has strong research teams specialised in fish biology, fish communities, and aquatic ecosystems. These teams have versatile fishy research questions, and they use various methods e.g., to build up data-based research knowledge to support sustainable inland fisheries. The national objective to increase the catches of inland fisheries demands the strengthening of data driven management of this valuable natural resource, says Professor Juha Karjalainen.

The world around vendace is changing. Fortunately many Finnish fish species are fairly good at adapting, Professor Juha Karjalainen considers. This has also been the case with vendace and other species of the coregonids – Karjalainen knows well the situation of these commercially important freshwater fishes based on his long-term monitoring projects.

”The conditions in northern nature have always varied. Also, fish species have had to adapt to large seasonal and inter-annual variations – like vendace to the varying times of ice melting in spring. The vendace populations include mature fish with different spawning times: some fish spawn earlier and others later. Furthermore, vendace larvae of different parents hatch at different times in spring. And vendace has plenty of eggs and larvae, in big lakes i.e., billions and millions”, Karjalainen says. 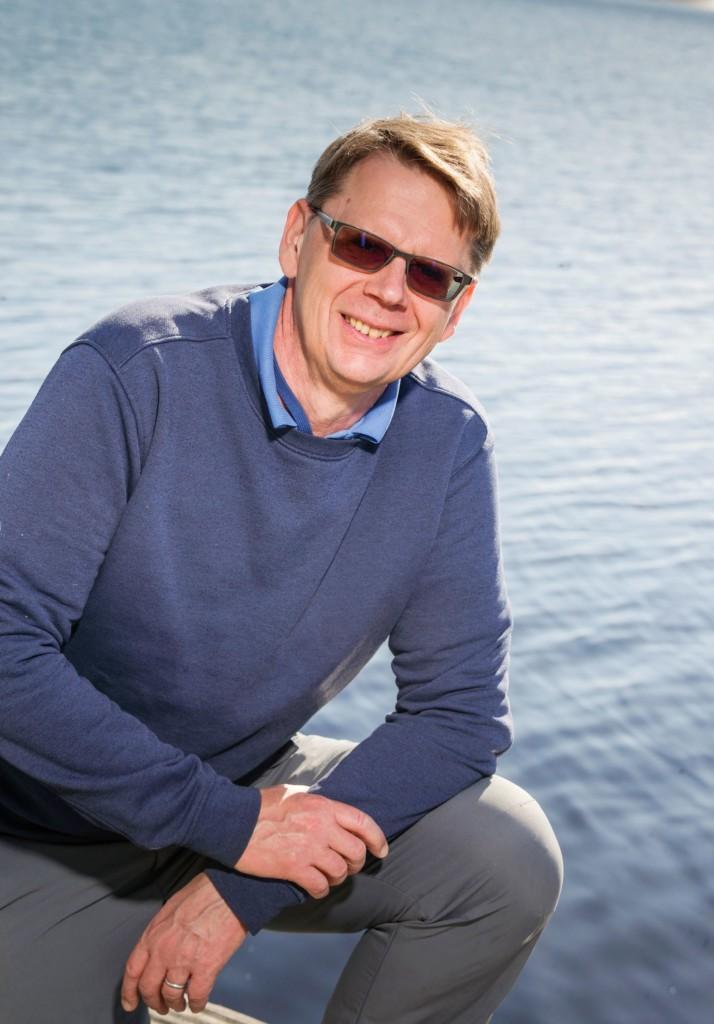 ”In autumn, the spawning period is now two weeks later, as the lakes cool more slowly to the spawning temperature. Likewise, nowadays fish larvae hatch earlier due to earlier springs.”

Vendace must also adapt to the increasing summer temperatures due to shorter winters and increasing winds. In some lakes, the conditions have already changed so much that they are challenging for the cold-water adapted vendace.

”For example, in the somewhat shallow and open Lake Pyhäjärvi in Säkylä, the production of vendace and whitefish larvae has been low already for some time. The summer water temperatures are at times approaching the tolerance limits for these species that favour cool water. At the same time, the entire fish community in the lake is starting to be dominated by species that prefer more eutrophic and warmer conditions”, Juha Karjalainen explains.

Karjalainen and his colleagues have collected long time series on different whitefish species from different parts of Finland. The data tell about changes in the fish life cycles and population fluctuations over three to four decades. For example, researchers have studied fish egg densities in spawning areas, larval densities, growth, fish population size before the fishing season, and the size of spawning stocks. Long-term studies have been carried out not only in Lake Pyhäjärvi, but also in other lakes such as Puulavesi, Päijänne, Southern Konnevesi, Keitele, Puruvesi, Paasivesi, Onkamo, Höytiäinen, and Oulujärvi.

An expert of northern lakes examines everything possible from salmonid fishes

Academy Researcher Antti Eloranta’s interest is focused on the northernmost lakes of Finland, Sweden, and Norway and the conditions for salmonid fishes. Climatic and environmental changes hit particularly strongly to the living conditions of salmonids – and the future will further narrow the habitats for arctic fishes, when the line of suitably cold areas keeps climbing toward the North and up the mountains. By his research, Eloranta wishes to find measures that help sustain the populations and living conditions of these valuable fishes. 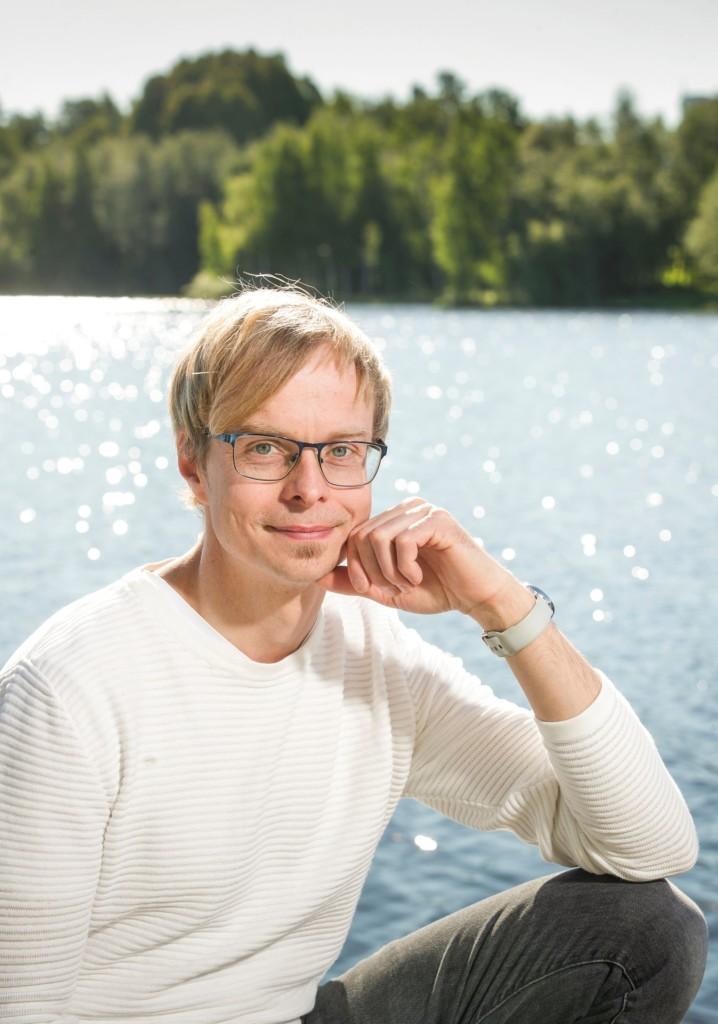 In an Academy project, Eloranta has compiled data of salmonid fish populations and food webs from over 130 cold-water lakes across Norway, Sweden and Finland. Eloranta and his colleagues have performed survey fishings with gillnets and examined thoroughly the fish they have caught.

Important information is received e.g. from isotope samples, which are taken from the fish muscle tissue and from different prey items of fish. The ratios of carbon and nitrogen stable isotopes reveal what kind of food a fish has eaten during the growing season.

”It’s ethically responsible to study everything possible from the fish caught for research. This way we get information about fish behaviour and the whole ecosystem. Samples are also taken and stored for possible further research purposes that somebody might come to think of”, Eloranta says.

Researchers have already collected an extensive dataset on northern lakes, which tells about the food webs in different kinds of lakes. Based on these data, it is possible to model what may happen when something is changed in a lake ecosystem; for example, an alien species appears or the water level is regulated for hydropower production.

The excellence of large datasets resides in the possibility to model likely changes in fish populations and aquatic ecosystems, Antti Eloranta states.

”Studies are often limited to individual lakes and therefore the results are not necessarily generalisable. Thus, a dataset collected from different parts of northern Europe provides a good basis for modelling environmental changes on a large scale. Research knowledge also helps us to find appropriate solutions for protecting arctic lakes and their fish populations”, Eloranta describes the possibilities of his Academy project.

New study lakes will be sampled during this summer when Eloranta’s research team is heading to some remote Arctic charr lakes in the north-western tip of Lapland, including lakes Somas-, Pitsus- and Toskaljärvi. To reach these lakes, one needs to take a seaplane flight.

”We will fish Arctic charr from different depths and examine the fish thoroughly. At the same time, we will collect samples of planktonic and benthic invertebrates. We will also have a chance to study endangered crustaceans, of which occurrence in Finnish Lapland we know very little about. We may well come across with a bunch of funny-looking Lepidurus arcticus or Anostraca”, Eloranta tells. 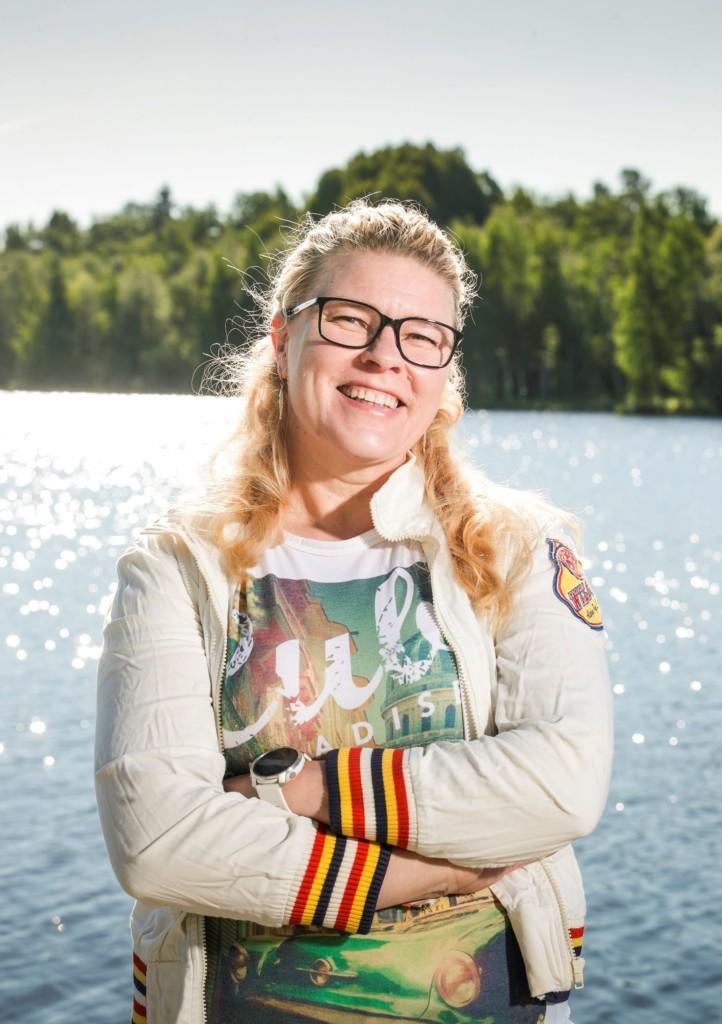 At present, there are over a thousand zebrafish swimming around in Uusi-Heikkilä’s fish tanks. Zebrafish is a cyprinid species. The selection lines have been maintained for over 15 years already – it means multiple fish generations, as zebrafish reaches maturity in four to five months.

In their most recent experiment, Uusi-Heikkilä and her team studied the effects of water temperature on the growth, reproduction, and behaviour on fish of her selection lines.

”The results were partly surprising. When the water temperature was raised, all fish – both those subjected to fishing and those in the control population not subjected to fishing – were growing poorly and did not reproduce at all, they did not even spawn a single egg.”

“The cooler the water was, the faster the fish grew, especially the fish in the control population not subjected to fishing. Zebrafish comes originally from the warm waters of India, so we assumed that tropical conditions would without any doubt suit to them”, Uusi-Heikkilä describes.

Similar experiments are rare, says Uusi-Heikkilä, since not many people have similar long-term selection lines. The study was a huge effort: it lasted 250 days and the weekly measurements employed six bachelor students and two postgraduates.

”However, an earlier study conducted at the Norwegian University of Science and Technology in Trondheim provided evidence that the evolution of wild zebrafish populations in terms of temperature tolerance is really slow: the tolerance rises only 0.04°C per generation”, Uusi-Heikkilä tells.

The results obtained from the zebrafish laboratory experiments can be applied to Finnish natural contexts only with caution.

”Zebrafish is a species that tolerates relatively well different temperatures, and also rather high ones in Finnish terms, in its own habitat. The maximum temperature limits for northern cold-water fishes are much lower. The aim of experimental studies is to find out what could happen and what are the mechanisms of change”, Uusi-Heikkilä explains.

In Finland, the knowledge base for freshwater and coastal fishing would need considerable improvement, says Professor Juha Karjalainen. He finds that we ought to get more systematic data of fish catches, fishing effort and catchability of different fishing methods. Such information would provide an essential basis for management and development of sustainable fishing, but also support scientific research. 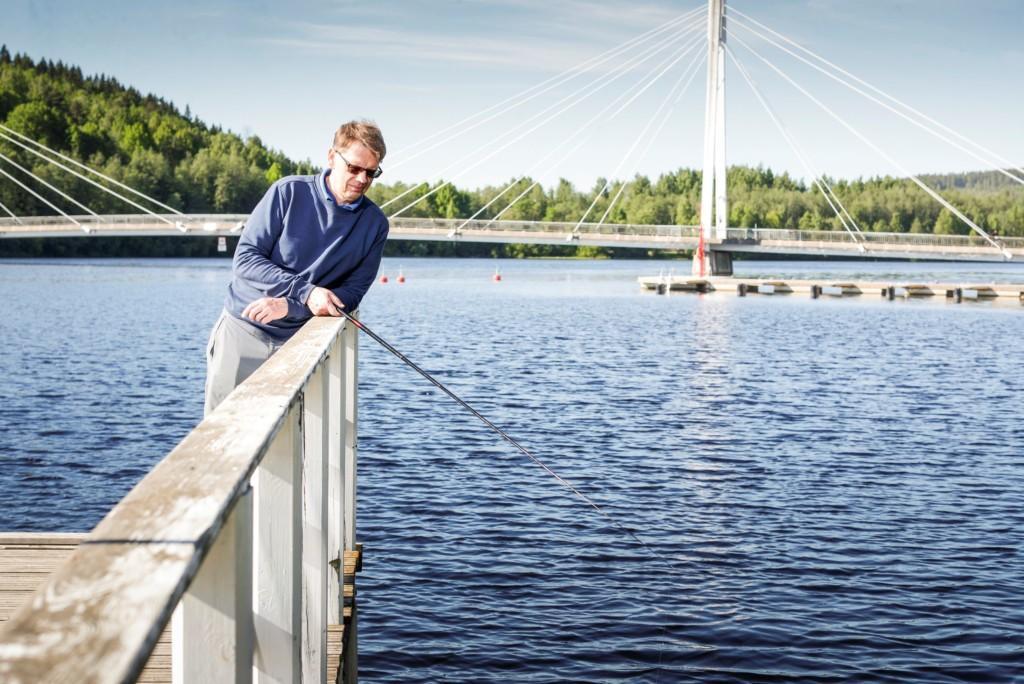 A data driven knowledge base generally shared by all involved parties is needed to reach a conflict free mutual agreement for freshwater fishing as well, says Juha Karjalainen.

”In the Stone Age, the first people inhabiting Finland relied heavily on fishing, and thus, we have a long tradition to use our freshwater fish resources based on local experience and by a rule of thumb method. The requirements of contemporary society for a knowledge base regarding the use of natural resources are different. A data driven knowledge base generally shared by all involved parties is needed to reach a conflict free mutual agreement for freshwater fishing as well, and to prove that fishing is sustainable. It is no longer sufficient that people just say that fishing is sustainable”, Karjalainen suggests.

In summer 2021, the Finnish Government resolution on a programme to promote domestic fish use set a goal to increase considerably the catches of commercial freshwater and coastal fishing.

”Such a leap is possible, but only if a similar leap is taken at the same time in constructing a data driven knowledge base for sustainable use”, Karjalainen states.

Antti Eloranta is satisfied with the fact that there has been an increasing common interest  in river restorations and conservation of endangered migratory fish populations. Likewise, instead of traditional fish stockings, people are considering how to support the natural reproduction of fish in rivers, lakes and coastal areas.

“The continuous monitoring and educational activities are important to improve the awareness of ongoing changes in and threats to aquatic ecosystems and their fish stocks. I would not go for introducing new fish species into our waters. Research has shown that alien species often seize food and habitats from native species and the impacts on the ecosystems may be unpredictable”, Eloranta states.

”One common concern is the pink salmon, whose populations have hugely increased in recent years. We are investigating, together with our Norwegian collaborators, its impact on the fish populations and ecosystems of northern salmon rivers”, he tells.