The Centre of Excellence in Quark Matter is an international leader in its field. The unit is one of three Finnish Centres of Excellence funded by the Academy of Finland to be coordinated by the University of Jyväskylä. The CoEs began their work at the start of 2022 and will continue until 2029.

All matter is made up of atomic nuclei and the electrons that move around them. Nuclei consist of protons and neutrons, which are made of quarks and gluons. Gluons bind quarks together like glue.  Electrons, quarks and gluons are fundamental particles, the smallest known components of matter.

Examining the soup of particles is only possible with accelerators

Quarks and gluons do not occur in nature individually, but they are always bound to form other particles. Therefore, they can be examined only indirectly by using particle accelerators to collide protons and other atomic nuclei, the most important of which is the Large Hadron Collider (LHC) at CERN.

The Centre of Excellence strengthens the cooperation between experimental and theoretical research that is already exceptionally close at the University of Jyväskylä.

Particles generated in collisions are measured with detectors that are tens of metres in size around the collision point, and the results provide researchers with information on the interactions between quarks and gluons. When colliding two heavy atomic nuclei with each other, a droplet of quark–gluon plasma is created for a fraction of a second.

“The quark-gluon plasma generated with the accelerator is extremely hot and dense, a kind of particle soup,” Lappi explains. “Quarks and gluons are free floating and not part of atomic nuclei. Our primary goal is to learn to understand the strong interaction, one of the four fundamental forces of nature.”

Quantum chromodynamics, the theory of the strong interaction, describes elementary particle interactions, which bind quarks and gluons to protons and neutrons and further to atomic nuclei.

“As a theorist, I am fascinated by how a fundamentally simple theory based on symmetries can be used to understand how nature works, and then verify things with experimental measurements.”

Theoreticians and experimenters collaborate at the Centre of Excellence

Large-scale experiments in particle physics are increasingly complex. In a heavy ion collision, there are many different stages and phenomena that affect the measurement results. Research is conducted as cooperation between theoretical basic research, modelling and experimental measurements, which are all represented in the research teams of the Centre of Excellence.

According to Lappi, this will give an understanding of the entire multi-stage collision process:

“Our CoE enables a completely new type of cooperation between theorists and experimentalists,” he explains. “As experiments become even more complex, it is more necessary than ever that everyone understands what is being measured and what is being modelled theoretically.”

The Centre of Excellence comprises five research groups at the Department of Physics of the University of Jyväskylä, altogether around 30 researchers.

The groups are the following: 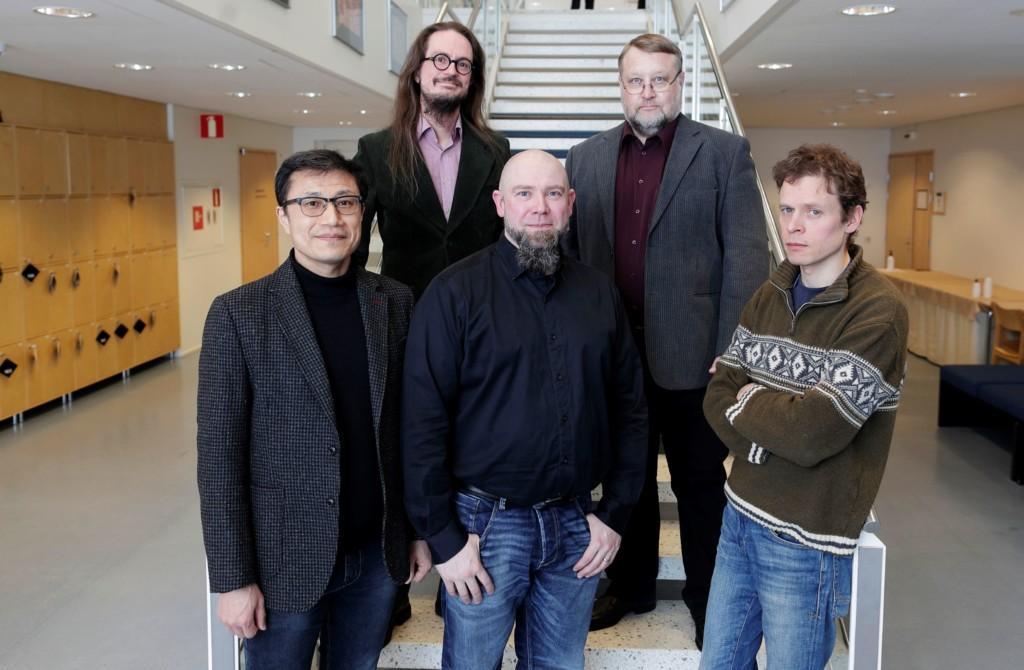 The Centre of Excellence strengthens the cooperation between experimental and theoretical research that is already exceptionally close in Jyväskylä.

Two of the groups participate in the international ALICE experiment (A Large Ion Collider Experiment) at CERN. The three theory groups conduct theoretical research on the same problem from slightly different perspectives. Some of the groups study the quark and gluon structure of atomic nuclei moments before a collision as well as its first moments, while other the groups focus on the formation of particles later in the collision.

The experimental groups, in turn, participate in the measurements and data analysis, focusing on both the flow of the quark–gluon plasma and the high-energy particle jets generated in the collision and their interaction with the plasma.