Black coupled with red, yellow or white… The wings of this butterfly, Arctia plantaginis, cast signals with intense colours. This butterfly has real charm and postdoctoral researcher Ossi Nokelainen is ready to travel even long distances to follow it. The colours of its wings convey information that interests the researchers of animal communication.

Arctia plantaginis is common in the northern hemisphere. Nokelainen has travelled around in search of representatives of this species in Finland, Sweden, Estonia and Georgia. Other members of the research team led by Academy Professor Johanna Mappes have been doing the same in Japan and North America.

Nokelainen has gathered the necessary number of individuals for study purposes from different populations. In the laboratory he uses these samples to measure the wing colours of this butterfly species by means of a camera and a spectrophotometer. In addition, genetic samples are also collected from the individuals, as are samples of the butterfly’s defence chemicals.

However, this species does not follow this principle too strictly; the colouring of these butterflies shows considerable geographic variation. For example, in Georgia their primary colour is red, in Scotland yellow, and in Estonia white.

In addition to geographic variation, different colouring can be found within the same population as well. In Finland we have two white male genotypes, and one yellow one while the females have mainly yellow, orange or red wings. The colour morph ratios vary across populations.

Why does the colouring differ?

The reasons for different colouring must be searched for from among a broad range of possible explanations. It is hard to specify a single crucial factor because biological interaction relationships are highly complex. The inherited colour makes a great difference for the butterfly’s fate in many respects, Nokelainen explains: 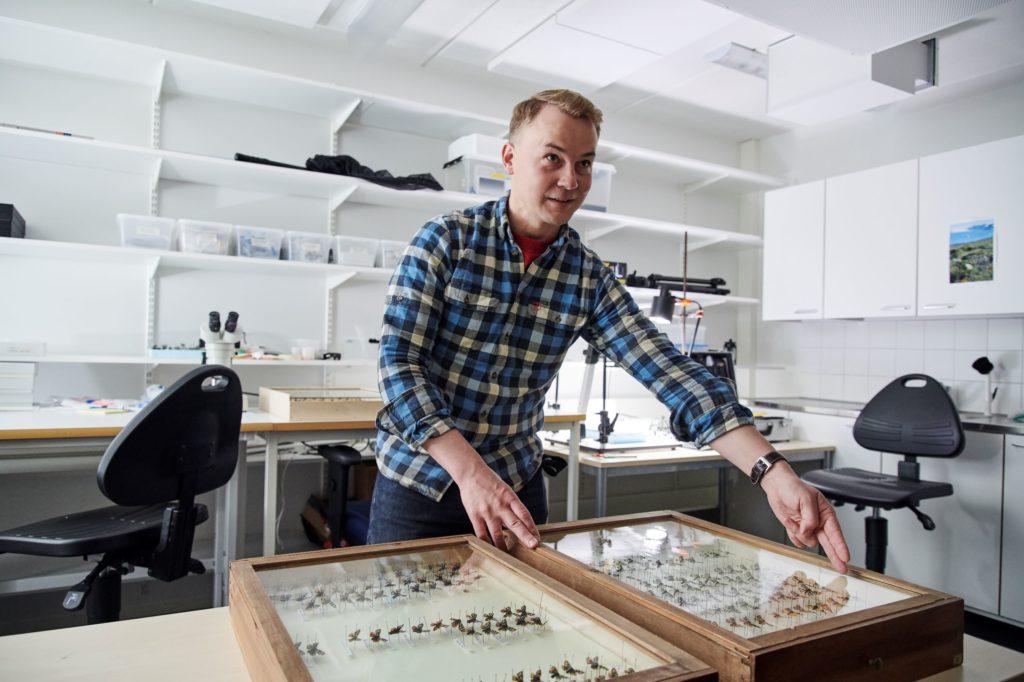 The investigation of butterfly colour variations has taken postdoctoral researcher Ossi Nokelainen to different parts of the world over the last five years to collect samples from various butterfly populations.

“Colouring affects individuals’ viability in many ways when they communicate with each other or seek protection against predators. We need to investigate whether the males are better able to find females with certain colours, whether the females favour males with specific colours, and which kind of colouring works best for protection or warning in different conditions.

“In insects, various pigments can also have immunological effects in defending against pathogens. Moreover, colours have an impact on a butterfly’s body temperature control and the durability of wings; dark colours are warming and often stronger by their surface structure.”

Nokelainen says that along with the advancing climate change lighter, cooler tints may become more common in cold-blooded insects. Accordingly, by means of colour research we can observe factors sustaining genetic diversity and also how animals are adapting to their changing environments.

The investigation of butterfly colours calls for precise measurement methods

The colour of butterfly wings comes from scale-like cells and the pigments therein, which reflect different wavelengths of light.

In a laboratory at the Department of Biological and Environmental Science, University of Jyväskylä, Nokelainen is working at his measuring equipment. He first uses a camera to take pictures of the wings, interprets the colour data yielded by a computer-based analysis of digital images, and classifies the butterflies into respective categories according to colour.

Next, Nokelainen uses a spectrophotometer to examine a wing in order to find out more specifically how it reflects ultraviolet light invisible to the human eye. This is directly associated with colours: dark pigments in the wing absorb light, whereas light ones reflect more of it.

The reflected light serves as a signal to a predator and to another butterfly, but in different ways: 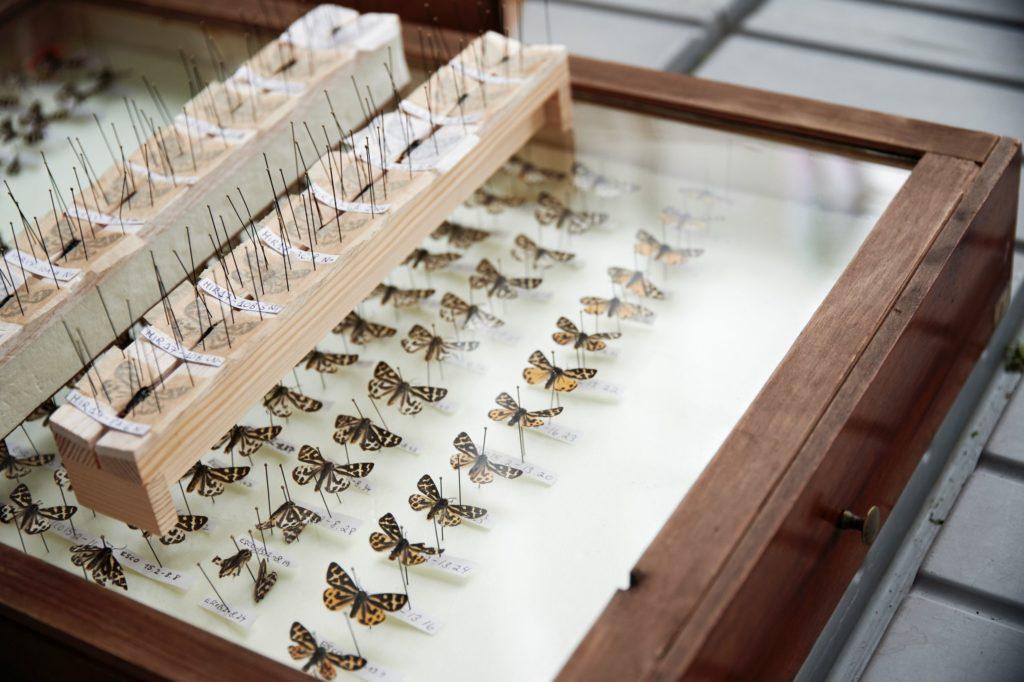 The colours of Arctia plantaginis vary according to, for example, geographic region as well as between males and females.

“Birds can see different red colours very well, whereas Arctia plantaginis sees these colours rather poorly,” Nokelainen says. “Thus red and yellow wavelengths are more effective as warning signals to predating birds, whereas lighter colours reflecting shorter wavelengths and UV light work better in communication within the species. Hence, we can study how different populations invest in such communication toward other members of the species or to potential predators and also how related colour combinations are evolving over time.”

The final interpretation of the colour signal is in the eye, or actually the brain of the beholder, whether a predator or another butterfly. Colour-sensitive photoreceptors in the retina send a neuro-electric impulse to the brain to interpret.

An animal doesn’t always behave according to its assumed vision

As regards the anatomy of animals, researchers already have a good understanding of what animals can see. These findings have been made mostly during the last three decades, and in recent years scientists have added to the research arsenal they can use to model the way the world might look like through an animal’s eyes.

There is still much to find out about how animals use their vision, Nokelainen says: “As of yet, we don’t fully understand the connection between these two aspects: What animals can see and what they do based on what they see.”

“There are examples about animals behaving differently from what we could expect merely within the limits of their vision,” Nokelainen says. “For instance, the colouring of some edible butterflies mimic imitates that of bad-tasting butterflies. Interestingly, sometimes this fake signal has been found to differ considerably from the honest colours of the bad-tasting species, but despite this it is still successful in saving the imitator from being caught by a bird. This suggests making a cognitive choice deeper than one based on mere discernibleness.”

Ossi Nokelainen’s research is part of a project entitled “Endless forms most beautiful – A sensory ecology approach to understand the evolution of aposematic colour polymorphism” which is being conducted at the University of Jyväskylä and funded by the Academy of Finland.

Jyväskylä Centre for Interdisciplinary Brain Research – A base for top research