Statistical research and variance analyses don’t necessarily generate a lot of enthusiasm. But what happens when these themes are addressed using liquorice sweets?

The basic courses on statistics are attended by various students with a range of motives. This means it could be a good idea to provide learning materials that offer different approaches to studying.

“For a few courses, traditional lecture hand-outs have been replaced with so-called Harry Potter materials,” Lecturer Harri Högmander from the Department of Mathematics and Statistics describes the interactive course materials.

More diverse interaction has been enabled by the learning environment called The Interactive Material (TIM). The TIM environment allows one to enrich text by inserting exercises, tests to check one’s learning, as well as web links and video clips in chronological order.

Initial feedback on TIM was received from the Basic Course in Statistics. Most students attending the course had taken the tests, completed the math exercises and watched the videos at least once. They also requested more videos.

Learning outcomes as well as activity also improved. Högmander explains: “Earlier the distribution of course performance manifested as two peaks on the assessment scale of one to five. One distinct group of students received a five while another group was located at the low end, just passing the course. Now those formerly at one are scoring around three. In other words, a large group of students are now achieving higher results.”

Interactive course material benefits all kinds of students. There is additional material for the most motivated students, along with support, tests and opportunities for revision for slower learners. 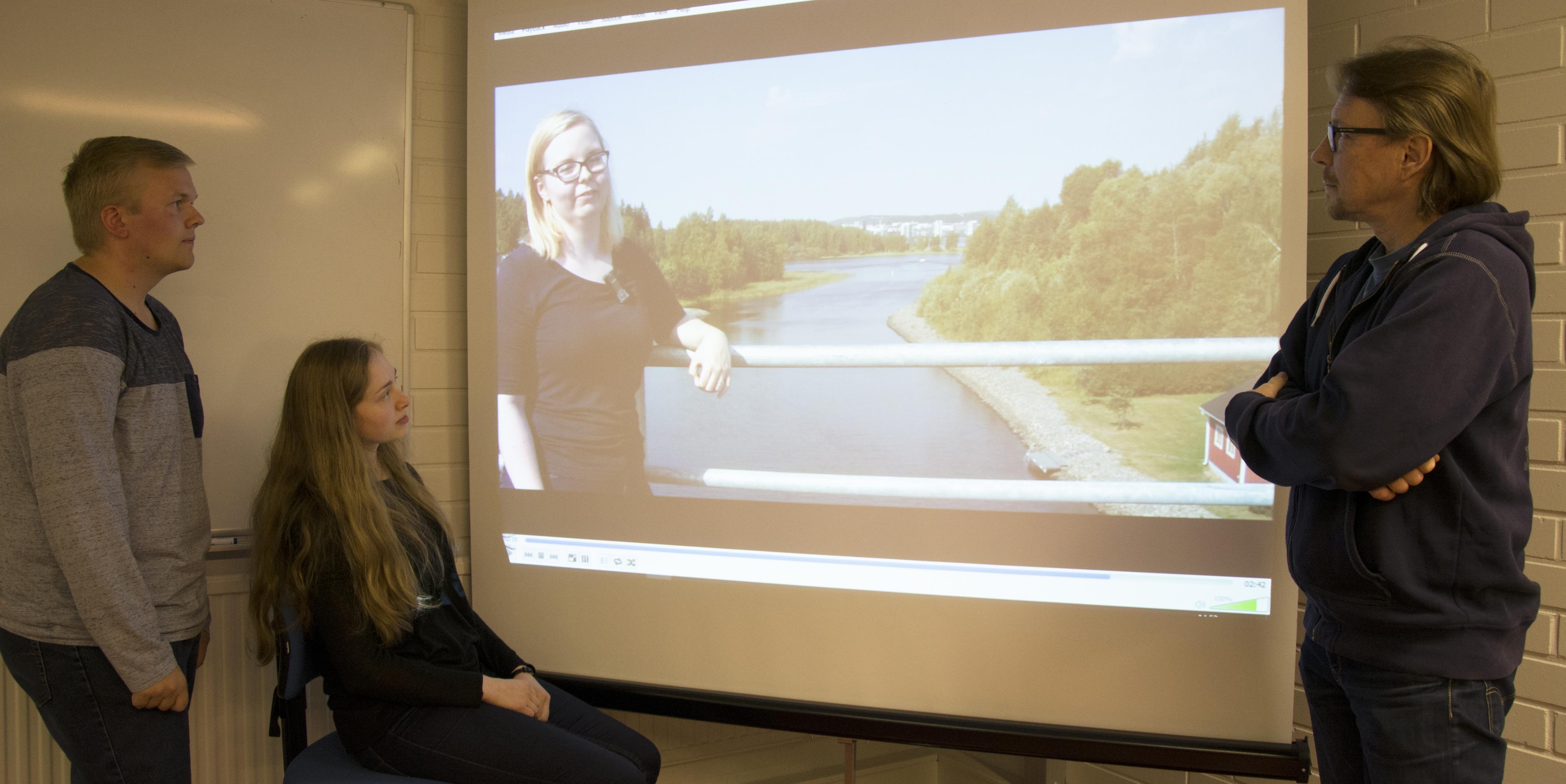 In Harri Högmander’s (right) team, Tommi Veistämö was in charge of collecting the course material and designing the tests for the TIM environment, while Tiia-Maria Pasanen and Heli Hästbacka (in the video) were responsible for the video scripts, recording and editing.

“When I took the course and there were videos in use, I found them useful,” says Tommi Veistämö. “The videos summarised things, like how to derive a formula.”

Science as part of candy day

On the basis of the feedback from the previous autumn, Högmander and Lecturer Annaliisa Kankainen worked with students Tommi Veistämö, Tiia-Maria Pasanen and Heli Hästbacka to create more interactive material during the summer, including 50 new video clips. The clips are between 3 and 12 minutes long and deal with the main points of the topic in a practical manner, sometimes even without theory.

“We thought with Heli (Hästbacka) that why not design examples with, for instance, Panda Lakumix candy bags or paper helicopters,” says Pasanen, who worked on the video clips.

The experiments with the videos led to an interesting observation: it appeared that the time when the Panda Lakumix bags were filled in production had an impact on which kinds of sweets ended up in the bags. The videos have a practical orientation and are pleasant to watch because they were shot partly outdoors. Panda sponsored the project.

As I sit here with my weekly bag of sweets, I am thinking about statistical methods and my earlier lack of interest. Maybe statistics isn’t boring after all – it may actually be as sweet as candy!