“There’s no hurry; they are there waiting for their finder.” Senior Lecturer Panu Halme is talking about polypores, which inspired him to shoot a series of videos at the beginning of summer from his jogging paths and work trips in Central Finland and Lapland. The videos, shot with a handheld camera, became a hit on social media. As Halme puts it, “they ran wild”.

Watching Halme’s videos, the viewer gets a glimpse of forests awakening to the spring and early summer. Halme found, for example, a polypore (Phellinus punctatus) shaped “like an orienteer’s biceps,” another species (Piptoporus betulinus), which shoemakers and tailors used as a pincushion, and yet another species (Skeletocutis amorpha) on the trunk of a large fallen spruce.

In the videos, as the polypores rest on tree trunks, the viewer feels the slow-paced ambiance, and Halme offers a brief bit of information on each species.

“They have this kind of a small claw-like cap…it’s very soft, cheese-like, with the upper side white and the underside orange, a bit brownish orange, small pores visible there. If you started to break it from here, it would crumble like cheese does,” says Halme when presenting Skeletocutis amorpha.

The video clips, about a minute long, turned out to be a big success. Halme, who is already active on Twitter, spread the videos effectively through that forum and Facebook as well as on fungus forums, among other channels.

There was clearly demand for such information. In the spring previous to this, Halme had received numerous polypore observations and related species identification inquiries from nature explorers, which actually prompted the idea for a video series.

People discovered polypores when the coronavirus epidemic made many people interested in outdoor activities in the forest, Halme concluded.

As the spring progressed, he started to receive more feedback. “Polypores are easy to detect in a springtime forest; there they are patiently awaiting for their finder. They are easier to observe and examine than birds, for instance,” Halme says.

In Finland, there are about 250 polypore species, most living on dead trees and decomposing them. For biologists and ecologists, polypores are indicator species: the more there are in a forest, the greater the value of nature conservation for that forest. A small minority of polypores, a few dozen of species, are parasites that cause damage to living trees. “Many polypore populations diminished during the 1990s and 2000s, but the situation is now mostly stable,” Halme says.

“Decaying trees are no longer haunted in the same way as earlier. For many species, the situation is getting worse, however. These especially include polypores that live on dry, slowly dying pine trees, such as Antrodia crassa and Antrodia infirma, as well as those living on old deciduous trees in shady spruce forests,” Halme says. 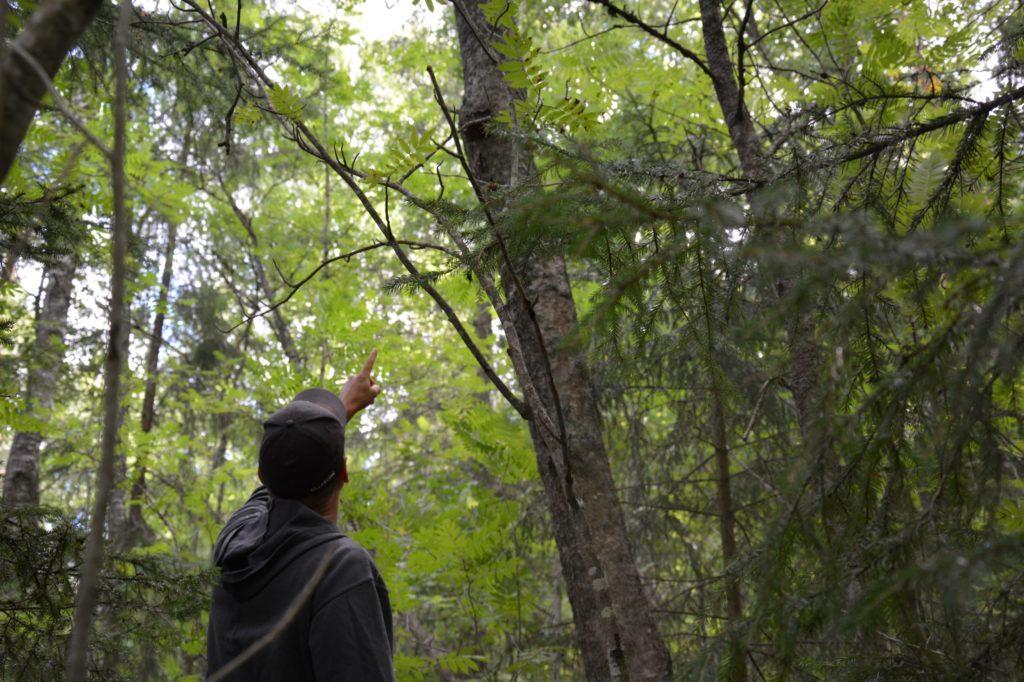 Halme has studied fungi and polypores since 2005. He was involved in setting up the Sieniatlas project and community, which is based on people’s species observations. As his main job, Halme teaches conservation biology and forest ecology at the University of Jyväskylä, and contributes in building the multidisciplinary JYU.Wisdom researcher community.

“Polypores are tremendously interesting, because they tell us about natural diversity. But I often end up explaining my fungal enthusiasm, unlike researchers of tigers or white-tailed eagles, for instance,” says Halme smiling.

Panu Halme has received plenty of feedback for his polypore videos. “Loads of encouraging stuff and expressions of enthusiasm, but also a few criticisms as well.”

“One colleague contacted me and said the videos were too easy. They felt the videos should also present the prime close species with which the polypore could be confused. My purpose was not, however, to offer any comprehensive course on species identification, but to inspire people,” Halme explains. 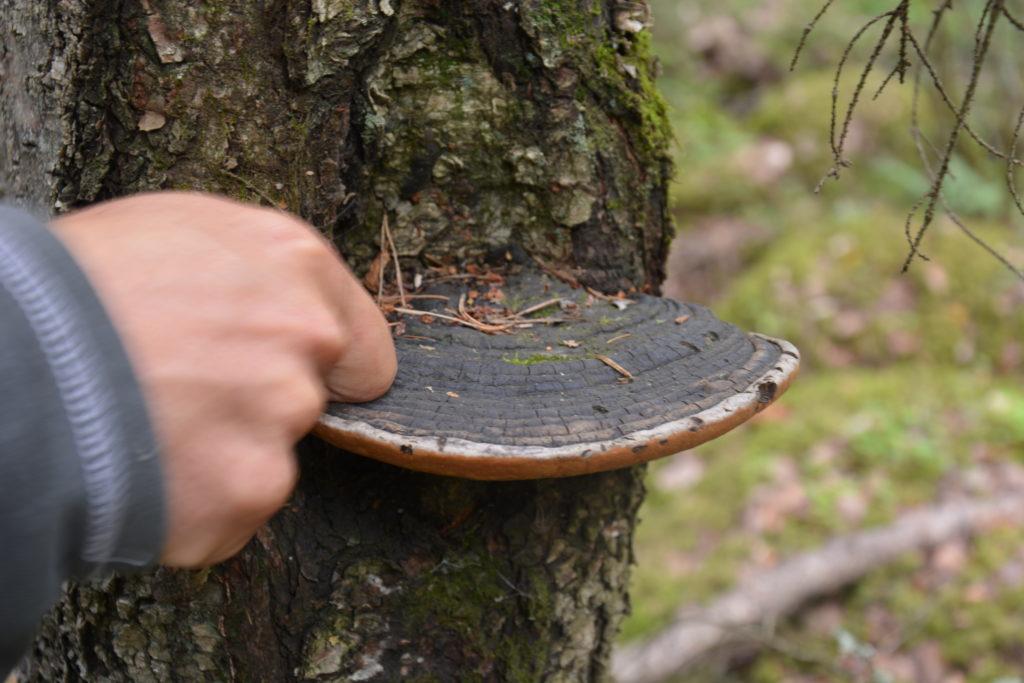 Phellinus igniarius helped to keep fire alive in the oven in the old days.

The feedback received on the videos lifted Halme’s spirit during the coronavirus pandemic. Such experiences are usually offered, for example, on the fungus courses of the Sieniatlas project, which are open for everybody. Halme is used to leading these courses on a yearly basis.

“Fungi are a species group that is easy to get overly excited about,” Halme says.

As a teacher and researcher, he is happy that expert knowledge is valued in Finland.

“People are so happy when they get advice from a researcher or teacher,” Halme points out.

A polypore researcher naturally has a favourite polypore. It can be found on the trunk of a sallow growing sheltered within an old spruce forest, but very rarely. It is Haploporus odorus – and it takes Halme into deep contemplation for a moment.

“I haven’t seen it for a decade, even though I have been searching through the same areas where I managed to find it a few times in the early stages of my career. It was in Salamanperä Strict Nature Reserve where I saw it for the first time, when I was working there as a student. It can be recognised from its smell, which resembles anise…,” says Halme as he starts describing the rare species.