Little ones showing the way – Nordic stock exchanges as pioneers

Peer support and interaction are of great importance to an organisation at the face of big changes. For this very reason, the small stock exchanges of Helsinki and Stockholm became the first for-profit stock exchanges in the world at the beginning of the 1990s, while others followed their example later. According to Postdoctoral Researcher Zeerim Cheung from Jyväskylä University School of Business and Economics, also other sectors of society can and should learn a lesson from the meaning of peer support and the transformation of stock exchanges. 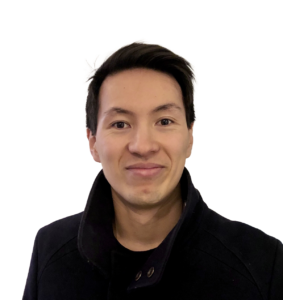 Nordic cooperation is a dormant, or sleeping, resource, which is easily criticized as an unnecessary relic from the past. Postdoctoral Researcher Zeerim Cheung from Jyväskylä University School of Business and Economics disagrees with this notion.

”In stable circumstances, it can be easily regarded as hanging around in insignificant meetings. But in critical moments, this inactive interaction can be activated to serve as a problem-solving resource.”

Cheung and his colleagues have recently published a research article, where Nordic ‘peer interaction’ is a key factor. This management study deals with the transformation of the stock exchanges of Helsinki and Stockholm from non-profit into for-profit organisations, as the first ones in the world. Theoretically this is about the role of interaction between peer organisations in the adoption of a new organizational form.

The study does not focus on why these stock exchanges had to change into for-profit organisations, or whether it was a right solution. The question is why just these small players in the margins of the stock exchange world ended up making this big change as the first ones.

”Peer interaction was, according to our analysis, a distinguishing factor that helped these particular stock exchanges take the step into unknown. With a similar player, it is easier to try out new solutions together; it makes it more generally acceptable. One by one, the other stock exchanges in the world followed suit and currently nearly all stock exchanges are for-profit enterprises.”

The theory of peer interaction is applicable to other contexts and fields of industry as well.

According to Cheung, peer interaction does not appear between different countries only, but there are concrete case examples of it also between organisations operating within the same field of industry. As examples of such cases, he mentions the pioneering work in the development of telecommunication networks in the Nordic countries as well as the automatic cash dispensers in Finland.

“Finnish banks are mutual rivals, but also peers. These peers did coordinate jointly the Otto ATM system independent from any specific bank, which as such was ahead of its time in the 1990s. In many countries, each bank still has ATM systems and devices of their own”.

The study by Cheung and colleagues investigated the role of peer organisations’ interaction in the light of a historical case involving two stock exchanges. Based on this and other examples, the researcher states that even a sometimes seemingly sleeping resource shared with peers should not be forgotten or considered unnecessary in tranquil times.

”History progresses from one crisis to another, and most of the time between them is characterised by stability. Even if some cooperation body or practice may seem futile at some point, it may prove to be highly useful at the time of a major change or crisis.”