If nobody hears about your research, does it exist?

“Communication is an essential part of a researcher’s job,” Rector Keijo Hämäläinen said in his opening speech at the Science Communication Carnival day on 30 January.

He said that communication is an immensely important tool in carrying out the educational task of universities. The Rector walks like he talks: he is a physicist who started his career as a PR assistant in his department and nowadays participates actively in social debates on Twitter, among other channels. 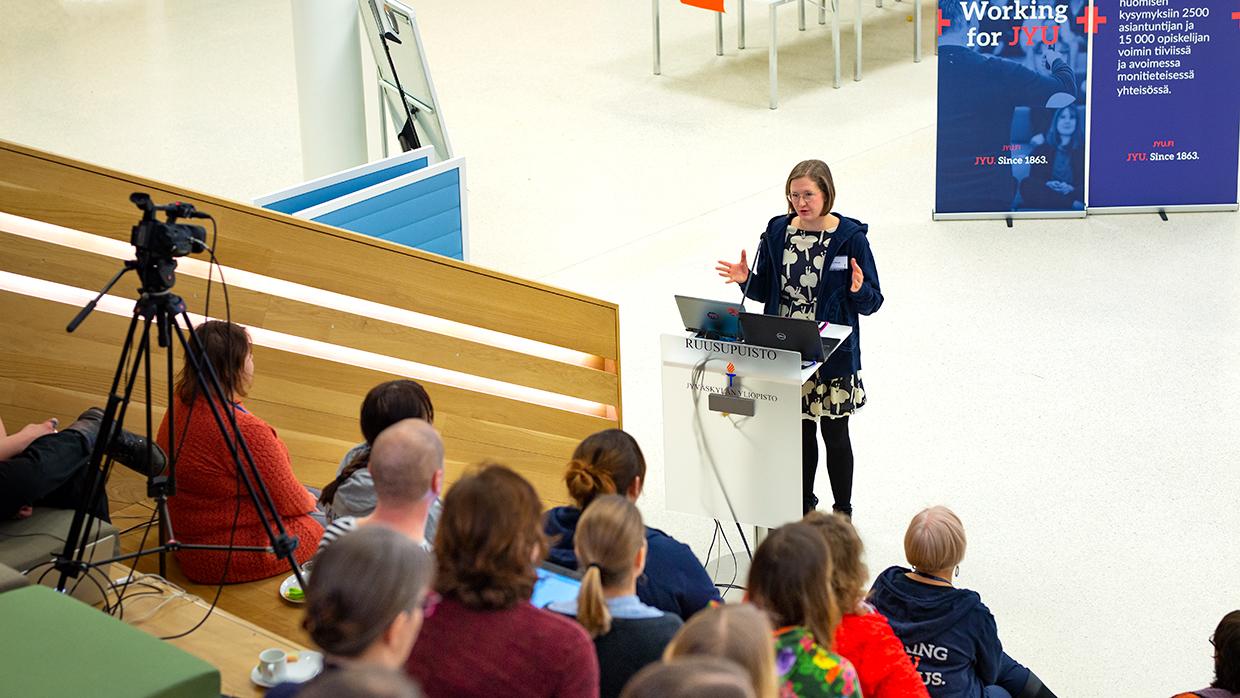 One of the speakers at the opening was Maria Ruuska from Kaskas Media, who wondered whether we should talk about “communication” anymore, and instead about “interaction”. The opening speeches led to a lively discussion. Senior Lecturer Panu Halme pointed out in his comment that while nobody is putting teaching and research in question, the third task of a university – interaction with society – is still just a voluntary activity. Rewards for communication were jointly considered, but as yet no “philosopher’s stone” was found for this issue.