Equipment not available on the commercial markets was developed for sale to assist for example the coating process development for microelectronics and batteries. Commercial delivery of this type of equipment is a considerable step for JYU.

“It certainly feels great that we have succeeded in developing a state-of-the-art research equipment, which is now quoted for and demanded also by others who want to purchase similar systems from us. This is our unique expertise and such systems cannot be found or purchased elsewhere,” says Academy Research Fellow Mikko Laitinen, who works in the Accelerator Laboratory of the Department of Physics.

A time-of-flight elastic recoil detection analysis (TOF–ERDA) spectrometer, developed and built by Laitinen, was delivered to the University of Surrey in the UK in the spring. The purchase price was a little over half a million euros.

Equipment sales are a significant step for the university. The revenue derived from the sales can be used to fund research, while experiments relating to building the new devices also results new research publications.

The income from such commercial sale enables the Department of Physics, for example, to employ a postgraduate student for the researcher team who have spent their time in commercial activities. The sales activities expand the funding base for the University’s research profile, which largely builds on funding from different donors, such as the Academy of Finland.

Dean of the Faculty of Mathematics and Science of the University of Jyväskylä Mikko Mönkkönen is satisfied with the sales:

“This is important for us from the point of view of strategic partnerships, but also financially. All revenues from such sales allow financial headroom for sustaining infrastructure. In addition, it helps our researchers to maintain world-class expertise in technological development.”

A recoil spectrometer required for the development of everyday devices

The device sold to the University of Surrey is a ToF-ERDA (Time-of-flight elastic recoil detection analysis) recoil spectrometer, a research device for accelerator-based material physics. The core output data from a such tool is quantitative  elemental depth profiles of all elements, including hydrogen. The device consists of a beamline section, measuring chamber, time-of-flight detector, an energy detector, a data collection system and full automation for different manipulation and vacuum devices.

So, what can be done with such equipment? 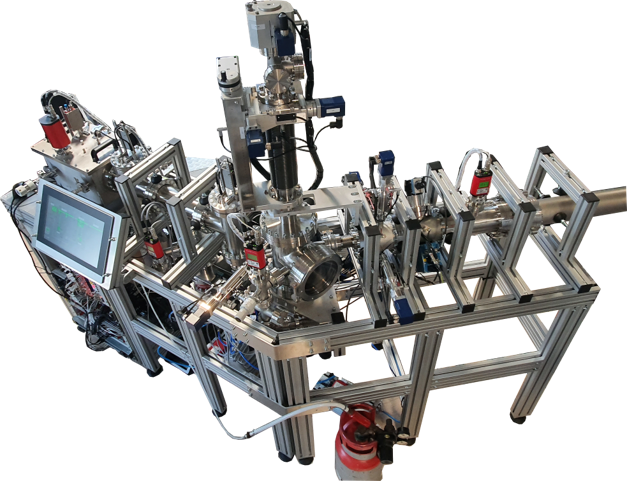 According to Laitinen, recoil spectrometry is typically used in the development of different types of thin film coating processes.

“Many types of coatings are applied to, for example, eyeglasses. Some of these are optical, such as anti-reflection coatings, while some have mechanical properties affecting the hardness of the lens,” explains Laitinen. “The spectrometer can be used to support the product development of coatings, especially in microelectronics, by studying the coating process variables. When, for example, the hardness of the coating changes, it can be analysed whether this change occurred because of the removal of hydrogen impurities, or perhaps due to some other factors.”

Coatings have enabled the development of all everyday microelectronic devices, including the phones in everyone’s pocket. Particle accelerators and associated equipment have therefore been required for the development work of each computer and mobile device. Coating processes are also required in, for example, solar cells and solid-state batteries, in which the electric car industry is showing increasing interest.

Equipment sold on a smaller scale for several years now

Individual parts for the system, such as time-of-flight detectors for particles, have been sold previously, for example, to the University of Montreal in Canada, where the method was developed in the 1980s. Now, an entire system has been developed at the University of Jyväskylä.

Equipment used in the Accelerator Laboratory at the University of Jyväskylä has been presented to people around the world at conferences while the word has spread.

“These cannot be found anywhere else – the best research equipment that money can buy,” says Mikko Laitinen. 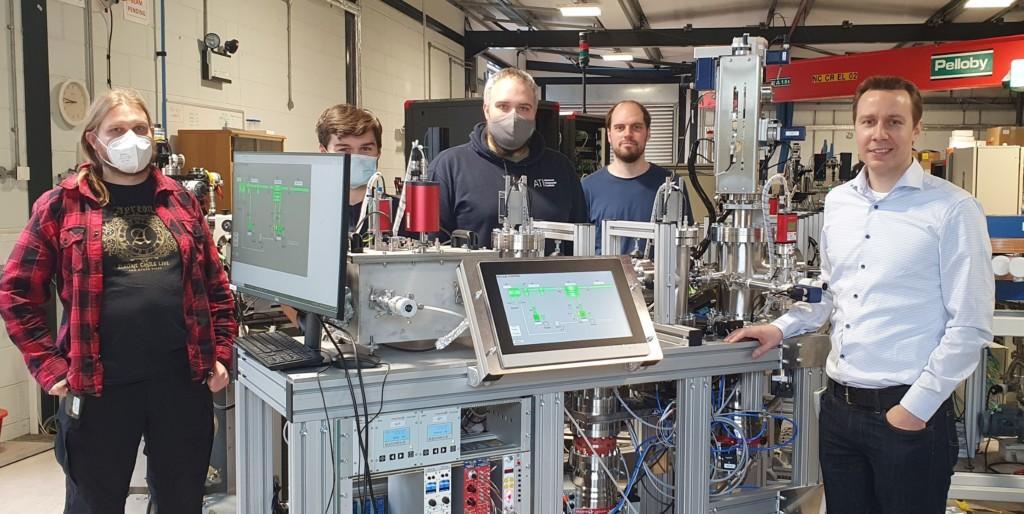 According to Laitinen, there are currently no commercial operators for the manufacture and sales of similar equipment, nor are the markets for such equipment so large that starting a business around equipment manufacture would be profitable. He estimates that there are under 50 research groups working on similar matters in the world.

“At least one university has sold similar equipment, but the University of Jyväskylä is the only one from which a complete system can be purchased on a turnkey basis,” says Laitinen. “In addition to the hardware, the necessary automation, suitable data analysis software and other expertise come with the package.”

A data analysis software has been created in cooperation with the University of Jyväskylä’s information technology application development projects. Other researchers using their own equipment also benefit from the software called Potku (a Finnish word that means ‘kick’ and can be used to refer colloquially to the recoil of a gun), as it has been published openly. The combination of the development of both, the analysis hardware and the software capabilities, is unique in University of Jyväskylä for the field of accelerator based materials physics.