Football researchers, practitioners and stakeholders will come together at an international Nordic Football Conference in Jyväskylä between 11 and 12 May. The conference will offer an excellent opportunity to learn more about the sport’s practical operations, research knowledge, competence and development. It will also be a forum for learning about the sport’s current phenomena such as sustainability, equality and the growth of women’s football.

Now is a good time to pay attention to football. In Finland, both women’s and men’s national football teams and the men’s national futsal team fought their way into the European Championships, and interest in the sports has increased even further.

The international Nordic Football Conference – now held for the very first time – is a great way to share experiences and create networks. 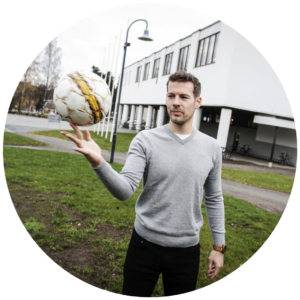 Mihály Szeróvay is a Professor of Practice at the University of Jyväskylä.

“This event’s focus may be a little different than that of most conferences, as we’re building a bridge between research and practical operations, both at a national and international level,” says the chair of the conference, Professor of Practice Mihály Szeróvay from the University of Jyväskylä.

The conference is a joint venture of the University of Jyväskylä and the Football Association of Finland and will offer more than 50 different presentations, covering a diverse range of subjects such as football players’ careers, international mobility, professionalisation, politics, equality and coaching.

The Sport Meets Business event held before the conference will combine football operators and a business perspective. This pre-event is organised by Business Jyväskylä.

The conference’s keynote speakers embody the relationship between football operations and research.

“We wanted our speakers to represent people who have been successful, both in practical work and academically, and our keynote speakers reflect this very well. Bruno Travassos is both a researcher and a member of the coaching team of Portugal’s winning national futsal team. Bente Ovedie Skogvang is UEFA’s referee pioneer, who has also researched the development of football, and Arto Nevala has studied the development of football associations and is a former football referee, too,” says Szeróvay.

Special guest at the conference, sports journalist and author Jonathan Wilson is well known among football fans. He is the author of 11 books on the sport, most famously Inverting the Pyramid: The History of Football Tactics.

Sustainability as the conference’s overarching theme

The two main themes of the event – evidence-based practices and sustainability – link all the event’s sessions. Mihály Szeróvay says that how these themes are promoted within the sport will be a hot topic of discussion in Jyväskylä.

Among other topics, the conference will highlight those themes where there is still room for improvement from the perspective of the sustainability of the sport and its culture.

The University of Jyväskylä will provide the event with a diverse range of football expertise and development analysis, as well as discussions of social questions related to the sport, in which sustainability is not only an important theme but also the common thread. We spoke with two researchers from the University of Jyväskylä taking part in the conference: according to their research, where is football coming from, and where is it going?

Plenty remains to be done in the area of equality

The research carried out by Samu Kytölä, a university lecturer in English, is closely connected to the world of football: he studies linguistic phenomena within sport culture, among the fans and in the media.

His latest research, funded by Kone Foundation, focuses on the status of sexual minorities in men’s football culture, and he will also speak about this topic in his conference session.

How does the situation of football appear through the lens of sociolinguistics?

“In the world of football, sexual minorities have a strict hierarchy: in public discussions, it is widely accepted for female team athletes to be lesbians – people talk about this and comment on it freely, often in neutral terms. However, in professional sports, men still often remain in the closet. The most painful questions are related to non-binary athletes and the participation of transgender athletes,” Kytölä explains.

“Large umbrella organisations such as FIFA and UEFA, have worked hard to weed out racism and discrimination. This is visible and effective work that is integrated on the practical level and in daily operations.” 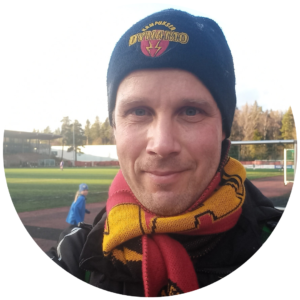 Samu Kytölä is a football researcher and sociolinguist. He has also been involved for a couple of decades with Kampuksen Dynamo’s futsal teams as well as the administration and communication of the famed club.

He wants to remind people that such a major sport as football has more than one culture; it is a multilevel sport where changes take place at different paces.

“Macho culture” in the football world is abating. A culture that is accepting of diversity is clearly on the rise among referees, fans and other football stakeholders, but in player culture these changes are slow or non-existent. According to Kytölä, equality is rolling forward more smoothly at amateur levels.

Kytölä has high expectations of the conference.

“It’s great that such influential research operations have formed around football, and that an event like this will be held here at our own university! I’m especially looking forward to exchanging thoughts and holding discussions with my colleagues.

Visibility for women officials on and off the pitch

The conference welcomes all researchers – from professors to students. One of the speakers is Susanna Liljander, a Social Sciences of Sport student.

Women’s football is growing rapidly in popularity, and a similar trend can also be seen in the stands. In her master’s thesis, Liljander studies the experiences of women as football supporters. The topic of her study is the female members of the football team SJK’s supporter group, Klopit.

What does this supporter study reveal about the sport and its culture?

“Supporters and fans are what makes football and playing it professionally possible. Committed supporters are vital for enabling activities.”

She says that it has been previously found that female football supporters have faced sexism, because they are not seen as authentic supporters. In response, new supporter groups opposing sexism have been established across Europe. 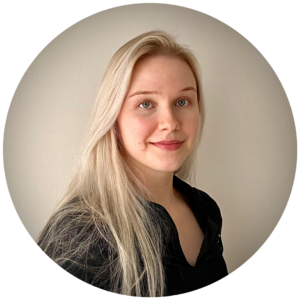 Alongside her studies, Susanna Liljander works with women’s and girl’s football at the Mikkeli-based club PU-62.

“The supporter group I’m studying is a close-knit group that welcomes everyone as long as they know how to behave: the group has zero-tolerance for racism and sexism. Oh, and they have one more rule: supporters must make some noise in the stands,” Liljander says.

Where is the culture of female football supporters heading?

The supporters studied had no negative experiences of being football fans. They felt part of a group that expected commitment and passion for the sport.

“Previously, women were an unusual sight in the stands. They needed another reason for being there than the game itself. However, this is no longer the case – at least, not in this case study. People no longer question the presence of women.”

Regarding the conference, Liljander is especially interested in the presentations of the international speakers.

“It’s great to have such a major football event in Finland,” Liljander says.

The Nordic Football Conference will be held in Jyväskylä between 11 and 12 May. The event is open to everyone working in football or who is interested in the sport. The registration will remain open until 3 May. Read more on the event’s website and follow us on Twitter.